African Catholics from across the Archdiocese of Philadelphia recently came together to celebrate their faith — and a rich array of cultural traditions.

(See a photo gallery of the African Family Heritage Mass.)

The participants, many of whom wore indigenous attire, represented at least 14 of the 54 African countries recognized by the United Nations, including Burkina Faso, Cameroon, Côte d’Ivoire, DR Congo, Eritrea, Ghana, Guinea, Kenya, Liberia, Mozambique, Nigeria, Senegal, Sierra Leone and Togo. Delegates from the African Catholic community of the Diocese of Harrisburg were also present.

Scriptures, prayers and hymns were offered in the Akan, Bissa, Ewe, Ewondo, Igbo, Kifuliiru, Krio, Susu, Swahili and Tigrinya languages ​​- a sample of the approximately 2,000 languages ​​spoken on the African continent – as well as in English, French, Latin and Portuguese. The liturgical movement was ensured by the group of young Nigerians of the Archdiocese.

“Let us give ourselves to the Holy God,” said Samuel Abu, head of the Archdiocesan Liberian Catholic Community, adding that “the best way to communicate with your Master is to do so in the language and culture you understand best.”

Abu, a refugee services specialist for the Archdiocese’s Catholic Social Services, greeted attendees in a number of languages, noting the “exquisite presentation of African dress and culture” on display.

Samuel Abu, leader of the Liberian Catholic community in the Archdiocese, told congregants at the October 23 African Family Heritage Mass that “the best way to communicate with your Master is to do so in the language and culture that you you understand best”. (Gina Christian)

Bishop Fitzgerald noted that the liturgy coincided with World Mission Sunday, a time to “remember that all of us, as the Holy Father tells us, are missionaries in one way or another.”

He praised the “great work of many missionaries who over the years have brought faith in Jesus Christ to many different cultures,” including those exemplified at Mass.

The Bishop also mourned the loss of missionaries recently killed on the African continent, “especially in Nigeria, where … priests and sisters have sacrificed their lives because of the persecution of the Church. But Jesus wins.

Demographically, the African continent is on the way to becoming the new center of gravity of Christianity. According to the Pew Research Center, more than four in 10 Christians will be in sub-Saharan Africa by 2050.

This same faith lives on among African Catholics in the United States.

“We really love celebrating Mass in our African way,” said George Mbiu, a member of the Kenyan Catholic community and parishioner of St. Katherine of Siena Parish in northeast Philadelphia. “Each community uses its mother tongue. … There are a lot of songs and you can see the colors of African clothes. This makes the whole celebration very beautiful. We look forward to coming every year.

“It’s a joyful moment for us,” she said. 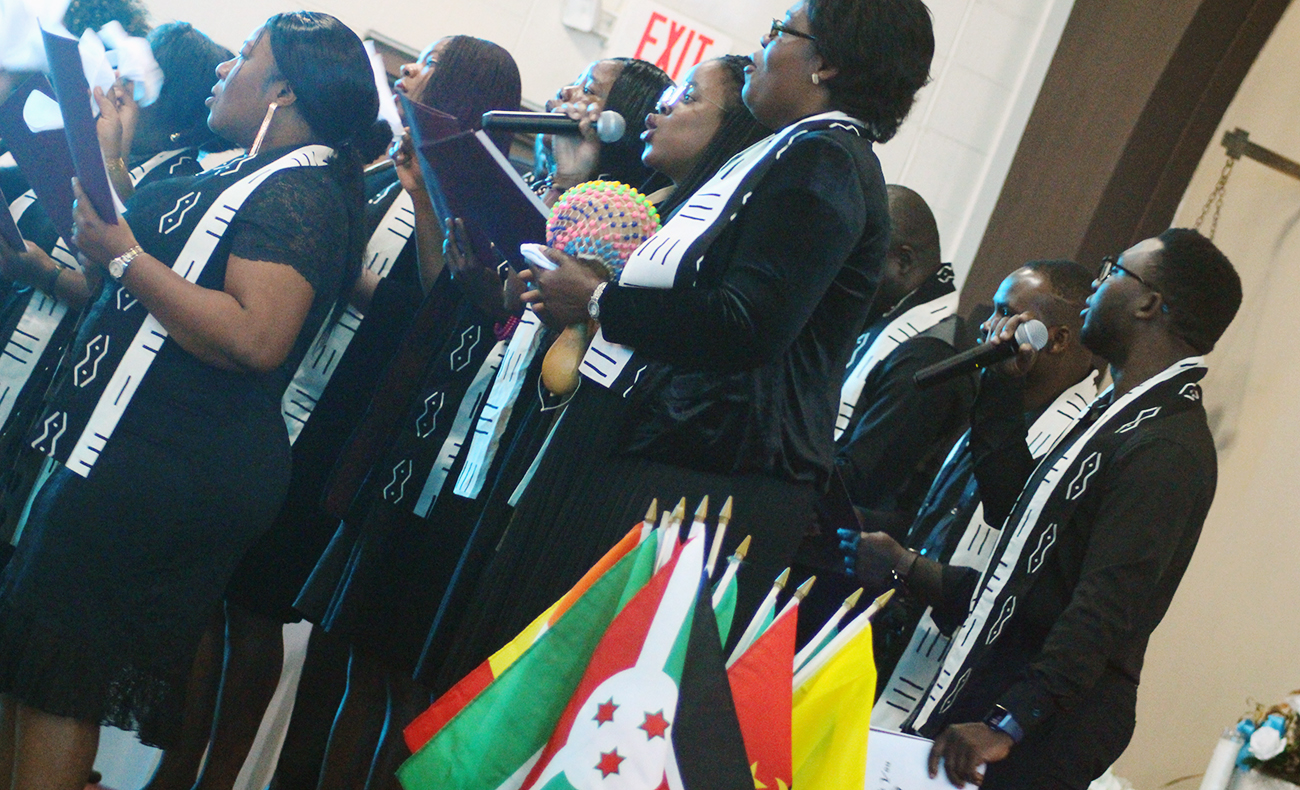