Melanie Lynch, founder of an Irish activist group His history, pays tribute to his grandmother Lily this Mother’s Day (Ireland) with a touching personal essay.

According to the story, a young Tommie Lynch laid eyes on a beautiful lady riding on the back of a horse and cart. Intrigued, he asked his friend who was the stunner:

” Forget her. It’s Lily Coyne and she’s gone to the convent.

In October 2021, Lily Lynch died at the age of 97, adored by her seven children, eighteen grandchildren, four great-grandchildren and extended family.

The day my grandmother passed away, my aunts witnessed an unforgettable moment as she lay in bed with her soul at the doorstep. Suddenly Lily exclaimed “Tommie”, visibly delighted with the presence of my grandfather. He died 16 years ago and came back to the other side to welcome her. Shortly after, her soul left her body and together they returned to the light.

Benevolent and introverted soul, my grandmother taught me the power of gentleness. That it is normal to feel the world greatly. Sensitivity is a beautiful thing that deserves to be protected and cultivated.

Lily was a nurturer, feeding her precious roses the finest manure and her grandchildren heavenly roast dinners and homemade soda bread slathered in butter and raspberry jam.

Looking back, I marvel at how this gentle woman could command such respect and reverence. In a family of big, outgoing characters, she was an anomaly and we adored her for it. In her intuitive way, she brought out the best in us. And for that, I am eternally grateful.

My grandmother grew up in another Ireland. She was born on a farm in the fertile countryside of Meath, at a time when few families could buy shoes for their children. Every morning young Lily would gallop from the family farm through the fields, and on arriving at school she would take off and hide her shoes, entering the classroom barefoot like her classmates. She has always been sensitive to the feelings of others.

Lily had a great sense of humor and laughed until tears of joy ran down her face. His sneeze was legendary, as was his sense of style. A lifelong learner, Lily read a book or two every week and the newspaper every day in her later years.

Sometimes his vulnerability was palpable when suddenly his formidable mind was summoned by an ominous news headline. She never lost her childhood sense of injustice and was quick to share her outrage and opinion on the matter, instilling in her ever-growing offspring of grandchildren a sense of values ​​and ethics. I know if she were alive today her prayers would be for the people of Ukraine.

My grandmother had a beautiful faith. I never heard her mention hell, sin, or any other regressive Catholic dogma. Instead, she chose to focus on light, love, and the best of Christianity. In her spirituality, she found great strength, wisdom and peace. She believed in the power of prayer and the Rosary appeared for every grandchild who took their Leaving Cert exams.

A keen intellect, she also boldly shared ideas on how the Church should reform and modernize. She was a strong advocate of compulsory celibacy and believed that priests should be allowed to marry. In her later years, as her health declined, she often spoke to me about death and how she was ready to go, expressed with remarkable levity and acceptance. There was not a quiver of fear in his voice. What a gift to enjoy such deeply nourishing faith.

I was his first granddaughter and we enjoyed a special bond. Crowds easily overwhelmed her, but she loved deep one-on-one conversations, so I picked my time and visited solo. 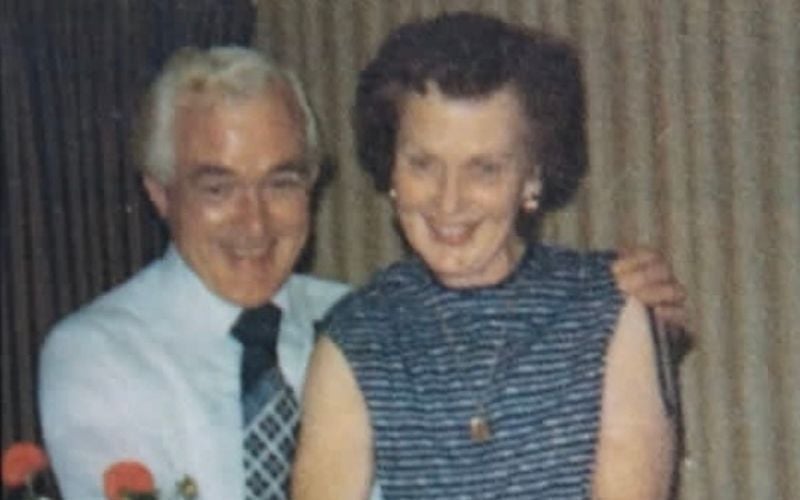 From the first days of Story, I became fascinated with family history and wanted to do my own research. Before I had the chance, a curious cousin started digging and reconstructing our family tree, discovering French Jewish ancestry: Levis, who became Leavys when they emigrated to Ireland, changed their name to integrate into the local community. Perhaps that was the source of Lily’s beauty and innate sensitivity.

Curious to know more, I learned some techniques for conducting family research and interviewing relatives, especially shy people who were not used to being questioned gently. However, I was perplexed by my grandmother’s reluctance to share her own story.

I had a burning sense of equality, that all women should be celebrated equally. Story is the story of every woman. After all, isn’t that what equality looks like? If we only focus on celebrities and record holders, it just perpetuates the system of domination and the hierarchies of patriarchy.

The breakthrough came when we illuminated women from all walks of life on castles and museums for the first Herstory Light Festival in 2017. When my grandmother saw the Galway Shawls illuminated on Lynch Castle, a penny was fell and suddenly every woman’s story mattered, hers too. From that moment on, I didn’t have to ask. She willingly shared precious childhood memories and ideas of her generation.

For the History on RTÉ project, we asked schoolchildren across Ireland “Who is your heroine?”, sharing the stories of the women who inspire them. The response was surprising and heartwarming, offering insight into the values ​​of our young people today.

In their eyes, the caregivers are just as extraordinary and important as the pioneers. Nurturing and compassionate traits were on par with traditional definitions of success. The essential role of carer is undervalued and taken for granted in Ireland, but the next generation can see its value.

This gives me great hope for the future of Irish society. Many children shared stories of their grandmothers and one young boy proclaimed “The Irish Granny” to be the ultimate heroine. Unanimously, we accepted and produced “The Irish Grandmother” animation in honor of all grandmothers.

Today, Irish women have opportunities that my grandmother’s generation could only dream of. We can be and do anything our mind can conceive. By striving to break the glass ceiling, increase profit margins, spruce up resumes and break world records, we risk losing what really matters.

Join Herstory for a fascinating Mother’s Day (Ireland) event this Sunday, March 27 at 11am Irish time, streaming live on their YouTube channel. Herstory founder, Melanie Lynch, will speak with Saraz Sapio, an inspiring and independent young woman from the matrilineal Minangkabau tribe in Sumatra.

If you’re curious about researching your family tree, check out this Photographic essay on history.