Christian leaders in the Holy Land have warned that their communities are threatened with being driven from the region by radical Israeli extremist groups, and called for dialogue on preserving their presence.

Last week, the patriarchs and church leaders of Jerusalem issued a joint statement similarly warning of the danger posed by radical groups they say aim to “diminish the Christian presence.”

Patton wrote that in recent years the lives of many Christians have been made “unbearable by radical local groups with extremist ideologies.”

“It seems their goal is to liberate the Old City of Jerusalem from its Christian presence, even from the Christian Quarter,” he said.

By registering, you accept the conditions

Holy places, including churches, have been desecrated and vandalized, while offenses have been committed against priests, monks and worshipers, Patton accused.

“These radical groups do not represent the government or the people of Israel. But as with any extremist faction, a radical minority can all too easily take a toll on the lives of many, especially if their activities go unchecked and their crimes go unpunished. “

Patton wrote that while Christians once made up 20 percent of Jerusalem’s population, today they are less than 2 percent. He appealed to the world for support “so that we can continue to preserve the rich diversity of this Holy Land”.

Further warnings came from British Archbishop of Canterbury Justin Welby in a joint article written with Anglican Archbishop of Jerusalem, Hosam Naoum, published in the UK Sunday Times. They said the article was prompted by last week’s statement from the churches in Jerusalem, which Welby, in a tweet, called “an unprecedented statement by the patriarchs and church leaders of Jerusalem on the future.” Christians in the Holy Land.

This is an unprecedented statement from the Patriarchs and Heads of Churches of Jerusalem on the future of Christians in the Holy Land.

In their article, Welby and Naoum wrote that there is a “concerted attempt to intimidate and drive out” Christians.

The archbishops said the increase in Israeli settler communities, coupled with restrictions on movement imposed by the security fence Israel built to thwart terrorist attacks in the West Bank, had “worsened the isolation of Christian villages.”

As a result, both wrote, there is “a constant flow of Palestinian Christians leaving the Holy Land to seek lives and livelihood elsewhere.” 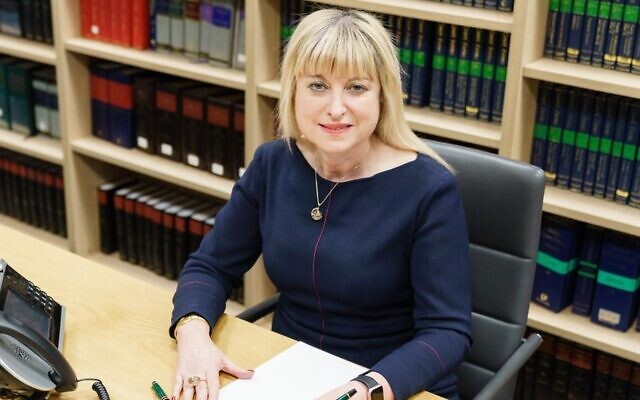 The Archbishops ‘article sparked a protest from the Council of British Jews’ Deputies, which focused on some of the claims they have made about what is causing the decline of the Christian presence in Israel.

Board chair Marie van der Zyl wrote a letter to Welby in which she expressed “great regret” for her published remarks and called for a meeting to discuss the “deeply troubling” aspects of her article. reported in the Jewish Chronicle.

While noting that the attacks on the Christian community are unacceptable, van der Zyl questioned the causes of a decline in the Christian community, noting that there are “more complex reasons than those mentioned in the article. , who seem to attribute this decline to the Jewish settlers and the barrier built to stop the wave of terrorist attacks of the Second Intifada.

Last week’s statement, released by the Diocese of Jerusalem on behalf of the patriarchs and church leaders of Jerusalem, warned of the “current threat to the Christian presence in the Holy Land.”

While acknowledging “with gratitude the declared commitment of the Israeli government to maintain a safe and secure home for Christians in the Holy Land,” the statement went on to lament that “radical groups” are acquiring property in the Christian Quarter “in the Holy Land”. aim of diminishing the Christian presence.

Such groups, according to the statement, “often use underhand dealings and intimidation tactics to evict residents from their homes,” diminishing the Christian presence and disrupting pilgrimage routes between Bethlehem and Jerusalem.

The statement noted the benefits Christian pilgrims bring to Israel, citing a report from the University of Birmingham that said it brings in $ 3 billion to the economy.

Church leaders have called for an “urgent dialogue” with authorities “in Israel, Palestine and Jordan,” who they said have declared their commitment to protect religious freedom.

They said the talks should focus on the “challenges presented by radical groups” in Jerusalem and on the creation of a “special Christian cultural and heritage area to safeguard the integrity of the Christian Quarter of the Old City of Jerusalem” .

Welby tweeted the “unprecedented statement” and urged his supporters to “read their hearts while weeping”. 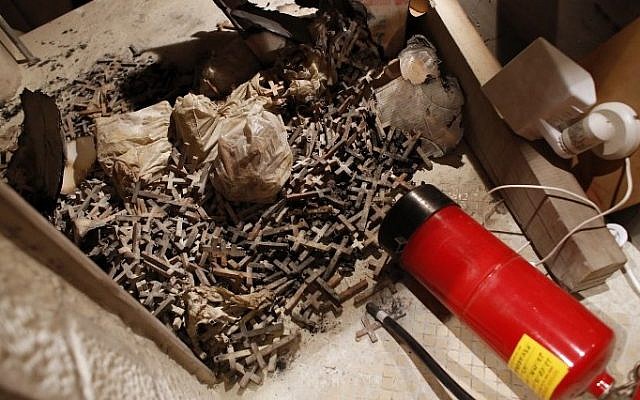 Burned wooden crosses and a fire extinguisher on May 26, 2014, after arsonists set fire to a Catholic church at a disputed site in Jerusalem, during a visit by Pope Francis. (AFP / Thomas Coe)

The Vatican News reported on Wednesday that Christian organizations around the world responded to the statement with messages of support.

The World Council of Churches, representing 349 churches, provided support, with Acting General Secretary Reverend Ioan Sauca saying in a statement that Christians in the Holy Land should be “respected and valued as a part of both heritage and the future of the region. “

Although neither Patton nor the statement from Church leaders mentioned it by name, Ateret Cohanim is a religious-Zionist organization that works to populate the Old City and other areas of East Jerusalem with Jewish residents by buying properties to non-Jewish owners.

Meanwhile, extremist Jewish activists have for years vandalized Christian sites in Jerusalem and other parts of Israel, including hate graffiti and arson. Extremists also target Palestinians.

Israel took East Jerusalem from Jordan in the Six Day War in 1967 and then extended sovereignty over it, a move never recognized by the international community. He now considers all of Jerusalem as his capital, citing the Jewish historical and biblical connection there.

Times of Israel staff and agencies contributed to this report.