Houston, April 21: The Houston Konkan Catholic Association (HKCA) held its Easter Event Celebration on April 17, 2022 at the Irene Stern Community Center in Fulshear, TX. It was the first community celebration after the pandemic and there was a great enthusiastic turnout for the event.

President Ivan D’Souza, Sandra Dsouza and their family then warmly welcomed the 140 members and guests present at the event. 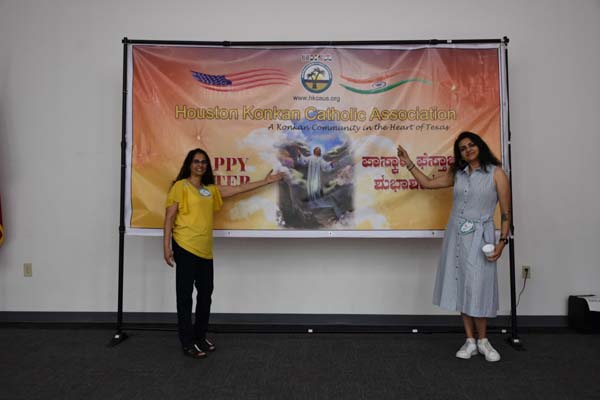 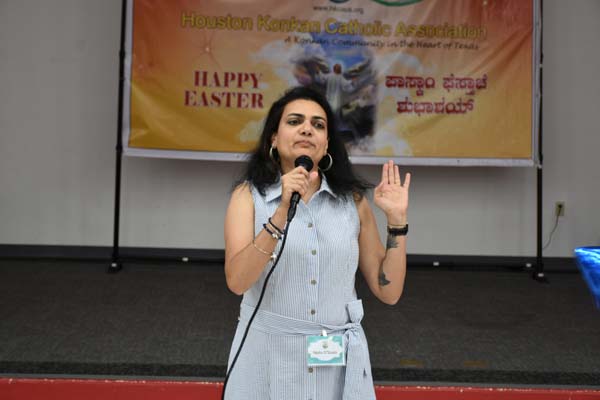 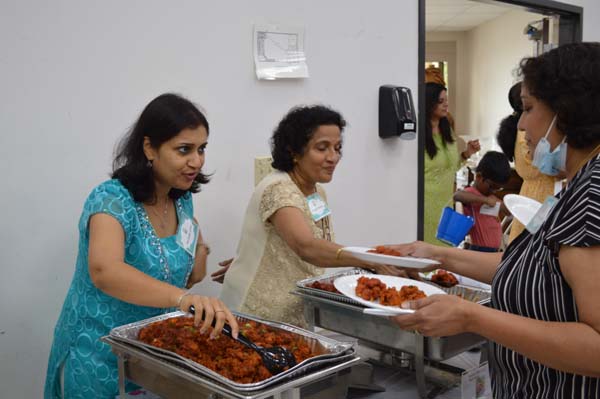 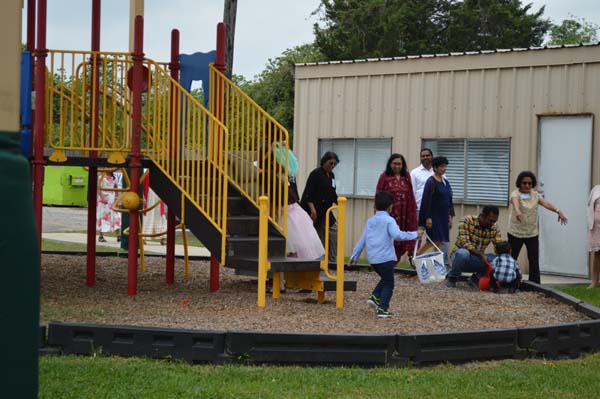 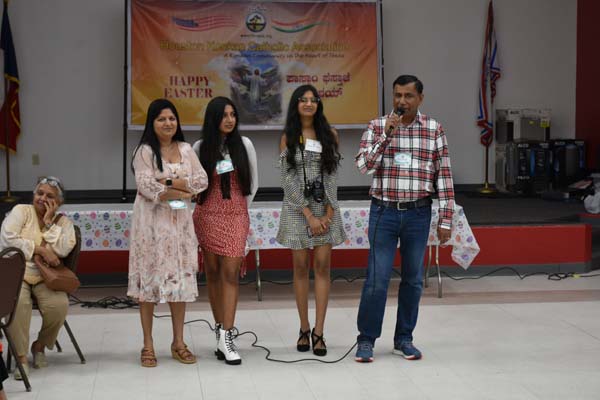 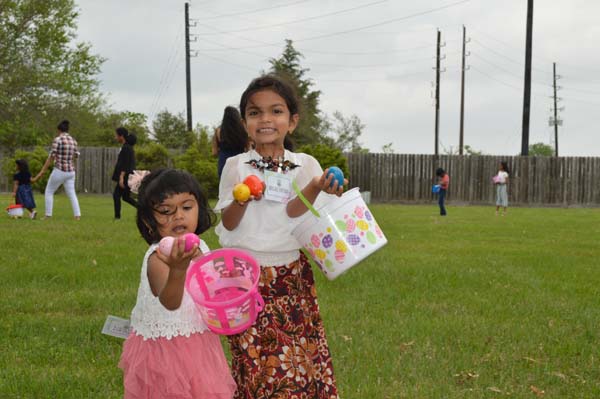 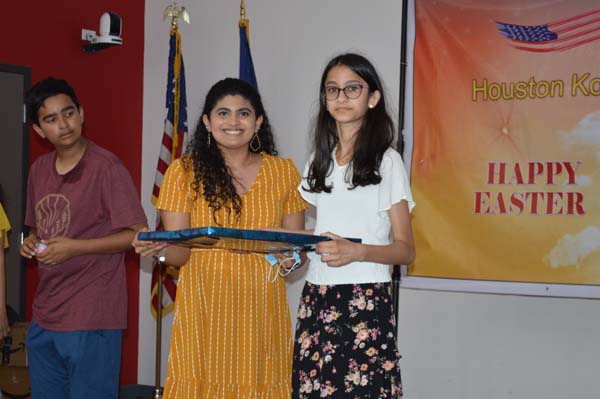 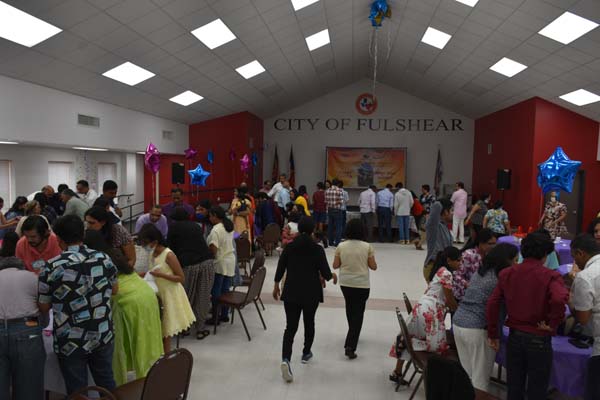 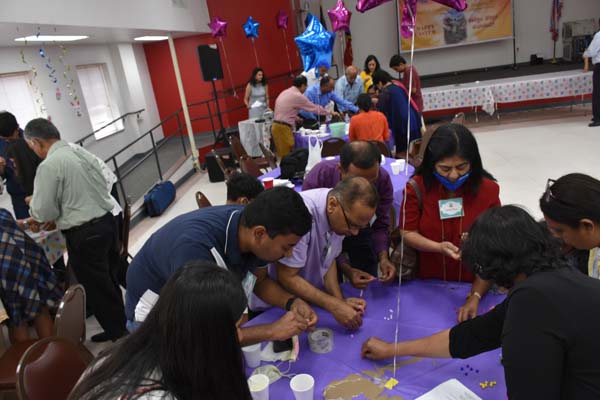 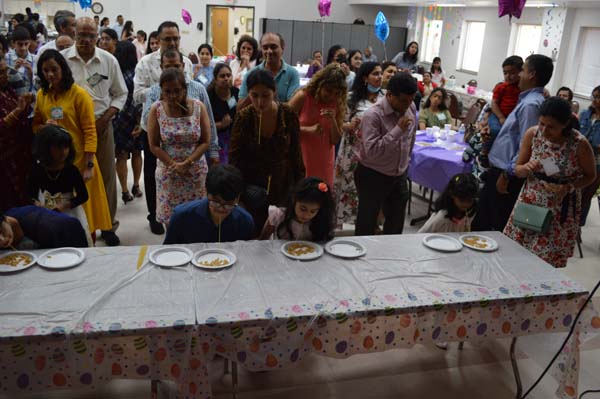 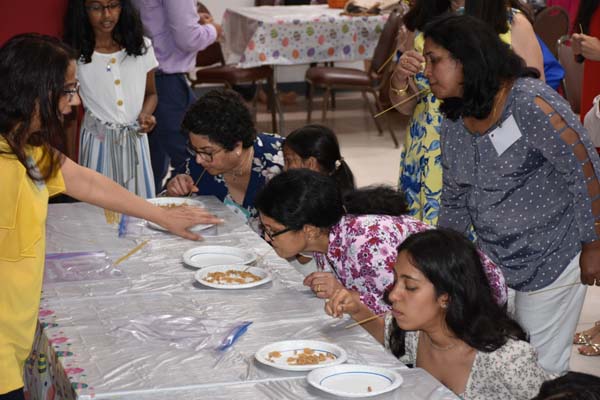 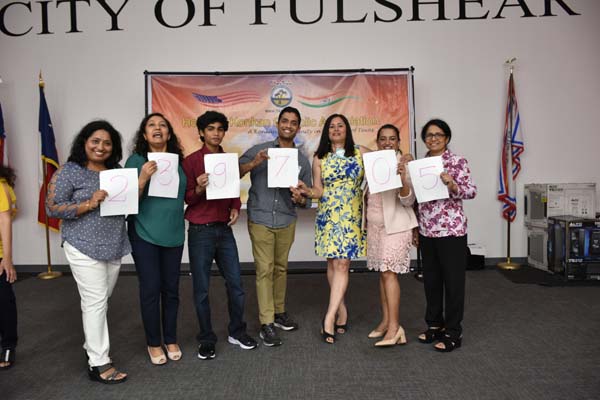 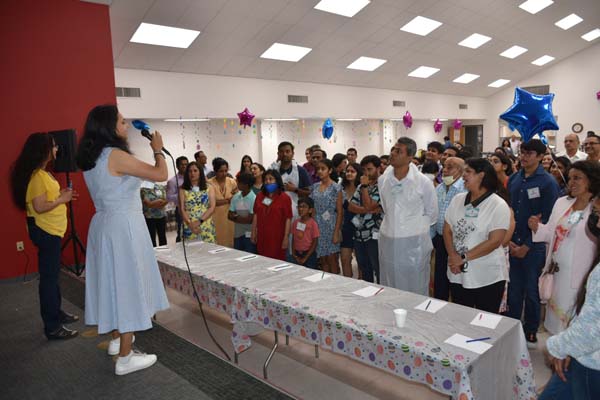 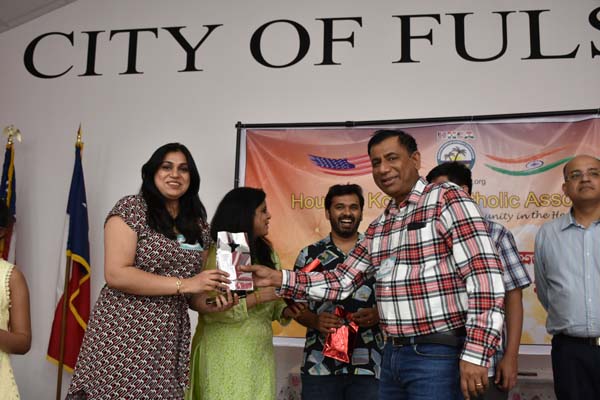 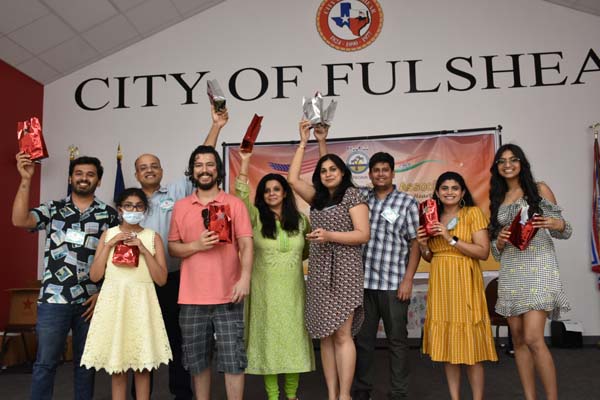 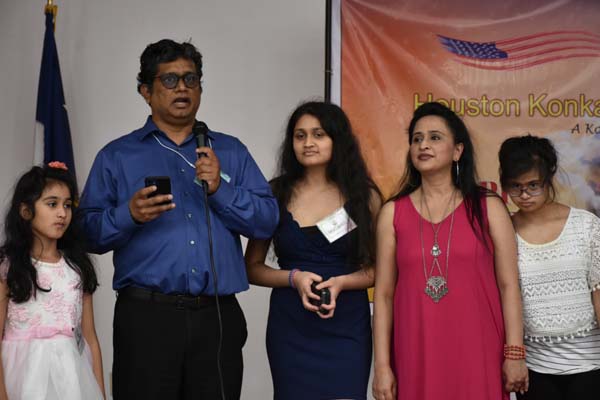 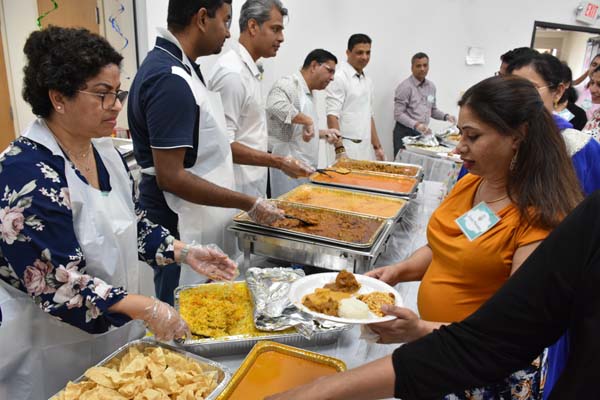 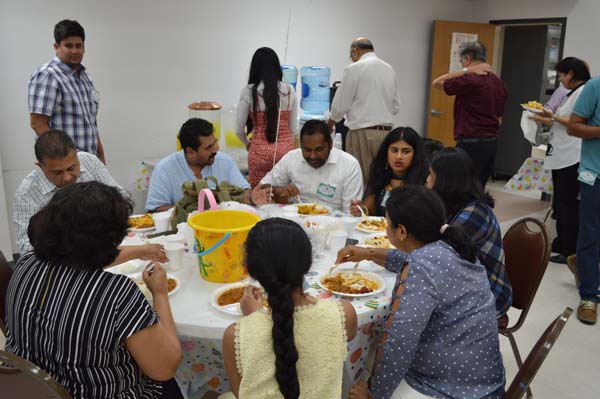 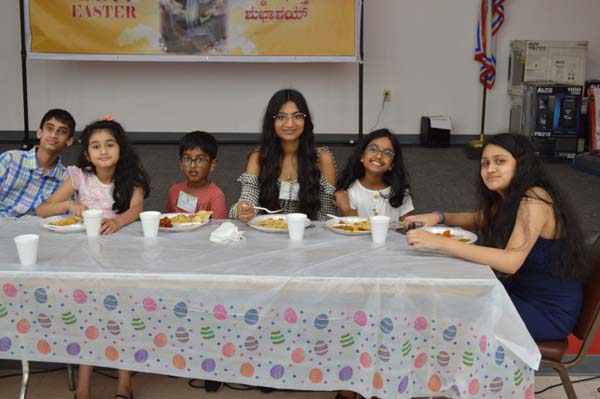 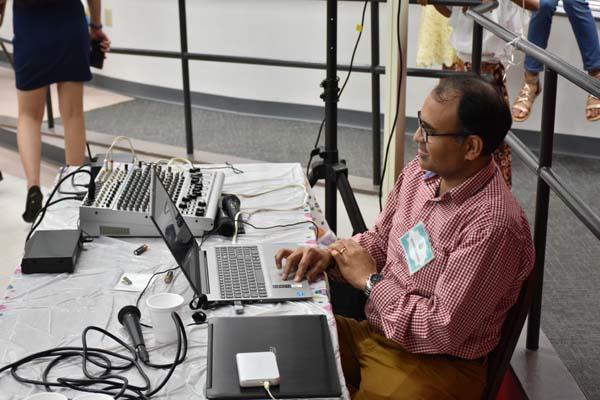 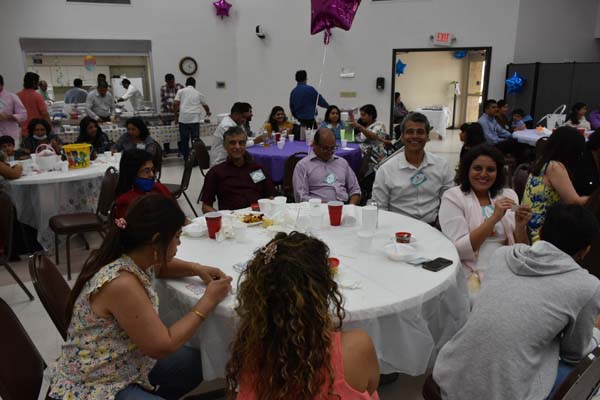 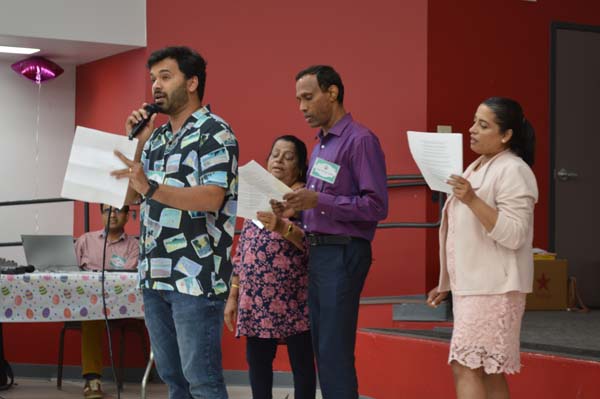 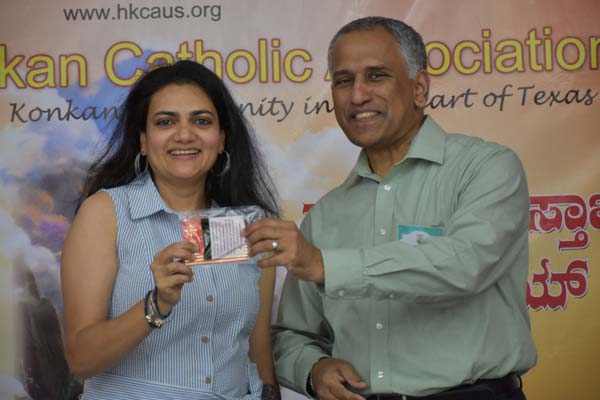 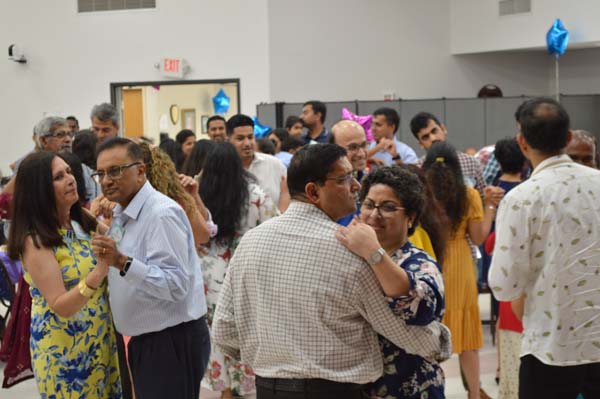 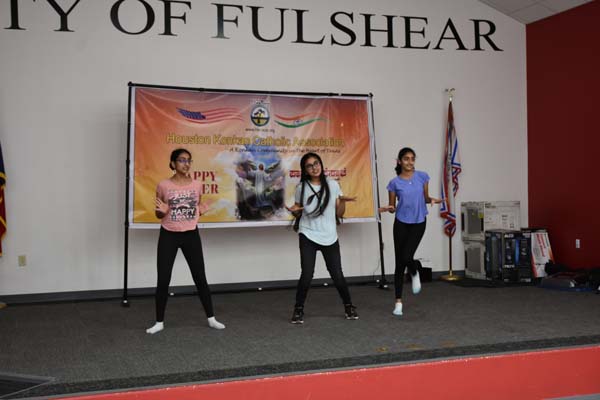 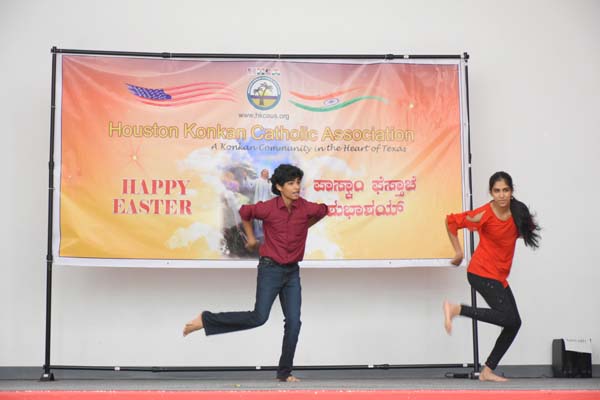 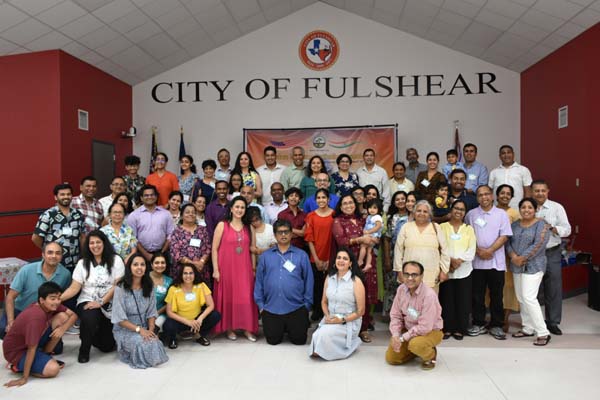 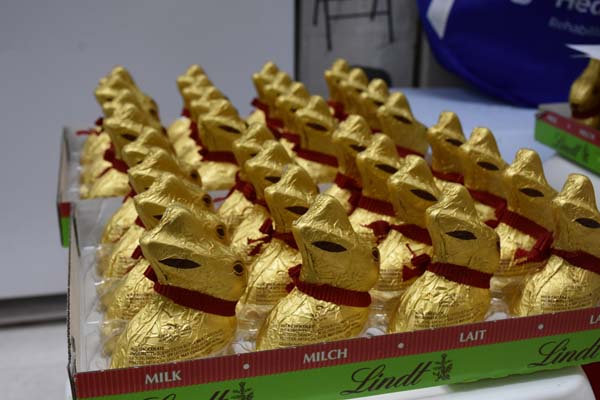 Guests were treated to delicious appetizers of chili chicken and Manchurian baby corn along with steaming masala chai and fresh lemonade that started the day off right.

Merryl Fernandes and Clarence DCruz then led the excited children outside on an egg hunt, which kept them happily engaged as they ran in search of the colored Easter eggs.

The participants were then divided into ten groups for exciting games. Nisha Dsouza and Merryl Fernandes led the games. Participants participated wholeheartedly in a variety of games such as stringing the beads, photographing the numbers, crocheting and moving the dough, etc. with competitive fervor and zeal. There was also an Easter-related quiz at the end, for teams to showcase their Bible knowledge and win prizes.

It was then time for the sumptuous Easter celebration. Allen Carvalho and his family said grace before meals, after which guests sat down to enjoy a mouth-watering spread of homemade Baffat and traditional Pork Sannas, along with delicious Indian dishes. There were also desserts served consisting of Gulab Jamun and ice cream.

Music is the soul of every event, and DJs Vineet Lasrado and Chris Pinto rocked their feet tapping Konkani, English and Hindi numbers that had the audience dancing and performing energetic Bollywood moves.

After lunch, “Housie Housie” was led by Merryl Fernandes and Nisha Dsouza, which was greatly appreciated by all in attendance. Several lucky winners won and won prizes.

The highlight of the event was the delicious and melodious singing of Rohan Fernandes who captivated the audience with popular Konkani numbers such as Uzwad Chandremaso, Mog Tuzo Kitlo Ashelo, Roopa, Suryo Budon, Tu Sopan Go Fanthyachen, etc. He was joined by Michael Valdar, Shobha Valdar and Rosy Fernandes as background vocals. The public also joined in the dancing during the performances.

Afterwards, Anessa Mathias, Nicole D’Souza and Reanne D’Souza danced to the song Nachi Nachi which was well received by the crowd. Kiera Pattani and Kien Pattani also entertained the crowd with an energetic Bollywood dance which mesmerized the audience.

This was followed by an evening tea with snacks served as refreshments.

Vice President Daniel Sequeira then expressed his thanks by thanking the public for their unreserved support and expressed his sincere gratitude to the main committee and all the volunteers who worked tirelessly to make the event a great success with a meticulous planning and absolute dedication.

No traditional Konkani event is complete without singing “Laudate Dominum”. Rohan Fernandes took the
lead the singing of the anthem and was joined by all present to sing this nostalgic anthem and give thanks
to the Lord.

The event ended with group photos, and everyone in attendance enjoyed coming back to celebrate post-pandemic community events and look forward to more such events in the future. Each family received a chocolate bunny as they left the venue, which made everyone smile.

Konkan Catholics interested in joining the Houston Konkan Catholic Association can contact [email protected] for details. You can also browse the HKCA website at www.hkcaus.org for more information.