Juliette The Selfish, a restaurant in Bogor, West Java, seeks to provide the most romantic evening in town.

As a restaurateur, Adwin Suhanda, 26, loves food. But more importantly, he loves love itself.

On January 26, 2021, the marriage of the two greatest loves in Adwin’s life gave birth to a child named Juliette The Selfish, a restaurant in Bogor, West Java.

“When you do something, you have to think like it’s meant for someone you love,” the Bogor native said on July 21.

“And when it comes to the people we love, surely we wish nothing but the best for them. That’s why we dare to go above and beyond, to go the extra mile. We want everyone who dines here experience all the joy there is to offer – the food, the services, the interior and the other details.”

Located on Jl. Achmad Adnawijaya in the northern part of the city, the restaurant has designed itself as a gourmet inn that combines fine fusion cuisine with whimsical whimsy.

Adwin’s business started a few years ago. His family had decided to close their Thai restaurant, which had struggled during the COVID-19 pandemic. The young restaurateur, who had just obtained his bachelor’s degree in business management from the Catholic University of Parahyangan, felt compelled to “try something different” and start his own culinary adventure.

“To be honest, I felt terribly reluctant to work in my family’s Thai restaurant. However, once I started Juliet the Selfish, I did things from scratch, including the concept, the menu and the design. And that’s when that feeling of excitement kicked in. . Like, ‘Oh, this is what the world of food and drink looks like!'” Adwin said.

Early in the planning, he determined, despite what most aspiring restaurateurs might assume, that the restaurant’s concept should take precedence over its menu. After taking advice from a professional design consultant, he settled on an idea. He would open a restaurant that appeared to be the home of a fictional character of his own making.

Specifically, it would be the home of an elderly but adventurous woman named Juliette.

“Someone lived here. Her name was Juliette. She was a grandmother in her 60s. She loved gardening, collecting antiques and cooking homemade meals for her children,” he said, explaining the fictitious character of his own creation. 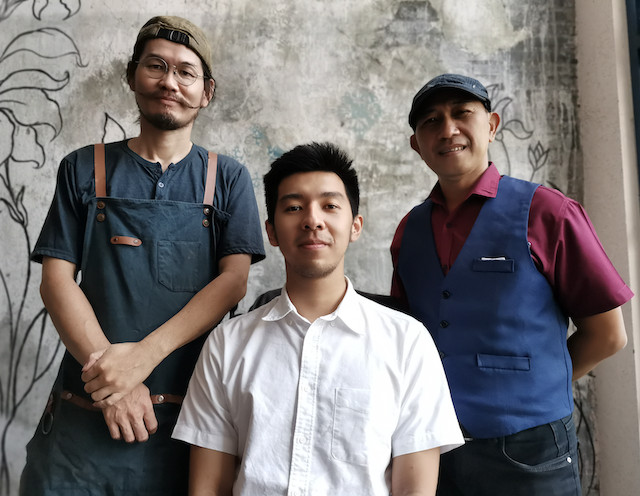 He also offered a storybook for diners to read. It tells a fictional story of the building where Juliet the Selfish is located. The interior design of the restaurant, of course, emulates the fictional historical transformation.

“We said to ourselves that in 1921, this building was an armory. Then, in 1938, it became a civilian house. Then, it became a paint factory. of Juliette who bought it back. So this place is part of her childhood too,” he continued.

“I could reveal more details about that, actually. We designed these walls based on that story.”

Adwin used small design details to tell the story. For example, the wall that represents Juliet’s childhood years is plastered with finger-painted flowers.

“Juliette loved to paint. She considered this wall as her canvas and she painted whatever she wanted,” he noted.

Adwin determined that, among her many character traits, Juliet should be celebrated for her so-called selfishness. Either way, she was by no means a self-centered egoist.

Despite what customers of Juliet the Selfish often assumed, Adwin said, the restaurant’s concept had nothing to do with Shakespeare’s unhappy heroine. Romeo and Juliet.

The food itself is best described as a fusion between Asian and European cuisine, or, as Adwin puts it, “the home-cooked meals Juliette loved to make.”

“When I imagined the menu, I wondered what kind of food Juliette liked. Did she eat beef? Did she eat fish? Did she also like to garden? If so, what would she have cultivated? he said.

The restaurant’s signature ‘Juliette salad’ proved to be a favorite. It consists of cherry tomatoes, lettuce, ricotta, fruit and the restaurant’s “special dressing”.

For diners who prefer a stronger drink for a hot day, the alcoholic lemon acid is a must. 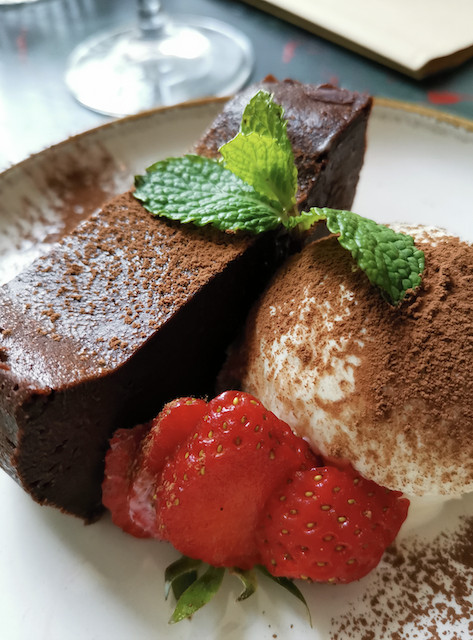 Adwin noted that Juliette The Selfish was more aimed at “women around 25-40. Not so old, but not so young either. Women who are into vintage stuff as well”.

Ultimately, Adwin aims to make Juliette The Selfish the go-to spot in town. Besides single women and their friends, the restaurant also caters to couples looking for a romantic evening. For a date, he recommended ‘Juliet’s Bistecca’, a sharing plate of Australian wagyu steak with fried potatoes, accompanied by a glass of the restaurant’s house red wine.

Melida, a 32-year-old professional and restaurant regular, praised the “vintage” and “Instagrammable” vibes of Juliette The Selfish. She also enjoyed the live musical performances that often took place on weekends.

“The vintage quality makes the restaurant so elegant, chic, and it feels like you’re in a grandmother’s house. It’s so warm and intimate. Plus, every corner is so Instagrammable – even the toilets are beautiful! Perfect for women who like to take pictures,” she said.