(RNS) — When Pope Francis announced the synod on synodality, Robert Choinière, a lay minister, said: “This is the thing I’ve been waiting for.

If the phrase “Synod on Synodality” fails to produce similar reverberations in your soul, you are not alone. The synod apparently failed to attract the attention of American Catholics, for both worldly and ecclesiastical reasons.

First, Francis announced the synod on March 7, 2020 – four days before the World Health Organization declared the novel coronavirus a pandemic. A global lockdown quickly put all other realities on hold.

Second, for the common faithful, the “synod” is a somewhat vague concept. Greek for walking or traveling together, the term usually refers to a meeting of bishops, sometimes to reflect on a given theme, such as the 2019 Synod on the Pan-Amazon region in Rome, and usually to discuss matters of doctrine.

RELATED: Pope Francis asks the American bishops to listen to the people. Are they going?

But Francis sees the synod as a way of life for the whole Church. “It is precisely this path of synodality that God expects of the Church in the third millennium,” say the preparatory documents that the Vatican published in October. The purpose of the Synod on Synodality is not to produce a final declaration but to engage the global Catholic Church in a process of discernment. As the sticker says, it’s the journey, not the destination.

“It’s about laying down leads,” said Choiniere, director of adult education at the Jesuit Parish of St. Francis Xavier in Manhattan. Choinière and his fellow organizers point out that the synod aims to examine How? ‘Or’ What the church functions as an institution and as a community and how it makes decisions.

“It’s not a process to create a new document, but more of a training process,” Choinière said. “The core of the problem is any process.”

Choinière is a veteran of diocesan processes from West Virginia to Brooklyn and knows, he said, that the discernment Francis asks of the laity will take work. And, he said, he has no misconception about where this process ranks on the bishops’ list of priorities.

“I have been aware of the diocesan consultations of the laity inside. I have already seen entire consultations rejected,” Choinière said.

He remembers bringing the bishop listening sessions on same-sex marriage from an entire diocese, just to have them discarded in favor of “church teaching.” He sees this as diametrically opposed to their role as shepherds. “Their job description as a bishop is to be that conduit,” he added.

Choinière is sympathetic nonetheless, knowing that complex projects such as a global conversation network often depend on the work of dedicated and overworked staff.

“I know what it’s like to work in a diocese and I feel like I have yet another agenda to implement,” he said.

The diocesan coordinators of these synodal listening sessions confirm that it is a lot of work. “If you’re going to coordinate something like this, it doesn’t fall out of the blue,” said Sister Donna Ciango, chancellor of the Diocese of Newark, New Jersey. “We have so much work, I can’t imagine what other dioceses are doing.”

Recognizing that the usual hurdles could hamper the synod process, Choinière is helping lay people across the country engage in the first stage – the period of diocesan sharing, during which Francis asked the people of God to share their experiences. of church and his hopes for the synod .

Choinière was surprised to see that most dioceses have not consolidated parish meetings and advertised them in a clear and accessible manner on their websites. “You don’t want people to attend? Do you want the misfits to come? he wondered.

Choinière also piloted a synodal formation program last fall in the Diocese of Trenton. The Diocesan Chancellor of Trenton, Terry Ginther, knew of Choiniere’s earlier work and invited him to teach the spiritual conversation method to conversation leaders in Trenton.

Choinière wants parishes to have the tools they need to make difficult conversations go smoothly, rather than turn into partisan food battles over burning issues.

He also appealed to the order of Francis, the Jesuits, to help, in partnership with the Jesuit Conference of Canada and the United States to provide training to dioceses, students and anyone interested in instilling in their parish a spirit of synodality based on the formations in Trenton.

These national trainings started on February 8 with a session of 30 participants. Participants, ages 30 to 75 and from Ohio to New Jersey, were guided by an opening prayer and ground rules. They then broke into small groups to share their joys and challenges as a member of the church, to share what they heard from other group members, and to express what they hoped would change. 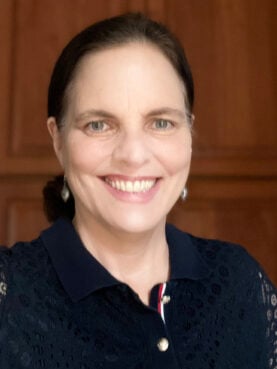 Choinière leads the trainings with Ann Marie Brennan, a promoter of the Christian Life Community, an international group of lay men and women dedicated to living the “charism” or Jesuit mission.

Brennan said Christian Life Community leaders were involved in the synod on the Amazon and trained parish members to “discern where the spirit is in each of our lives,” he said. she stated. “The process of spiritual conversations is one way to do this.”

Reverend Jim Grogan is a father of three who was ordained a priest in 2015 for the Diocese of Trenton after his wife died of cancer. Grogan said the listening sessions gave him new insight into what goes on in the hearts and lives of his parishioners – what they need and what they don’t get from the church. “If before the pandemic only 20% of the church came to church regularly, we need to do better than that,” Grogan said. 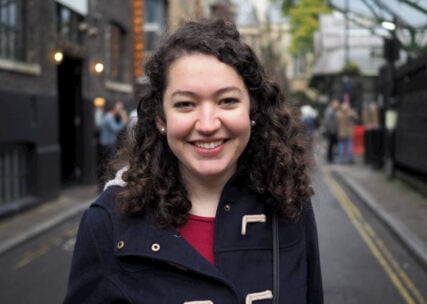 Amirah Orozco was a graduate student at Boston College when Choinière asked her to lead a Spanish-speaking training in Trenton last fall. She now leads listening sessions with Spanish speakers and young adults as a pastor on the Dominican University of Chicago campus. When Orozco first heard about the formations, she thought, “These formations should come from the diocese,” she said.

But, for Orozco, the synodal process of meeting, listening and discerning together is a mandate for the laity. “It’s a requirement of Rome,” she says.

And if the church’s institutional shepherds do nothing, someone else can fill that role. As Orozco sees it, “It’s not like we’re asking, ‘Oh, my holy priest, can we please do the synod?’ It’s ‘We are having the synod, and you can either do it with us or withdraw.’