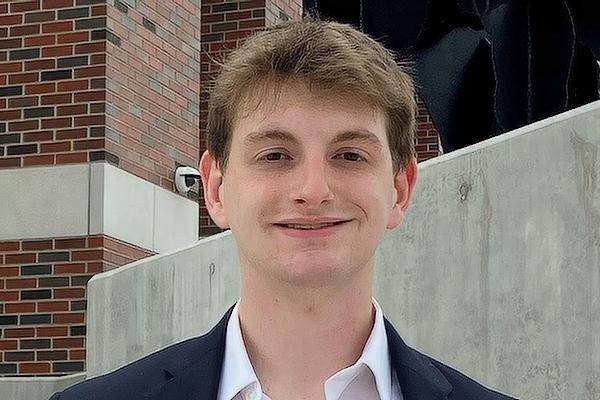 Luke Monk thinks the Church can use social media to promote “fundamental ideas like going to church every week, tithing and volunteering” to young people.

Luke Monk thinks the Church can use social media to promote “fundamental ideas like going to church every week, tithing and volunteering” to young people.

Luke Monk’s choice of college was influenced by his belief that Catholics are called to be servant leaders. Moreover, he wanted to serve his country.

The 18-year-old is a freshman cadet at the United States Military Academy at West Point. In high school, he focused on that goal, being the first student in the Fort Smith School District to graduate from high school with an Associate’s degree in Unmanned Aerial Systems, earned through the Western Arkansas program. District Technical Center (WATC). Outside of class, he was an active volunteer in the Boy Scouts, Civil Air Patrol, Student Council, and Junior Reserve Officer Training Corps.

The Sacred Heart of Mary parishioner attended Christ the King School and was active in his parish’s youth group while in high school. He is grateful to his loving and supportive family and community who have always encouraged and helped him make the right decisions.

Monk’s mother, Luciana, is Brazilian. He is fluent in Portuguese and while at West Point hopes to participate in an exchange program with the service academy in Brazil and explore his Brazilian heritage, which has strongly influenced his faith.

He said he would like to see the Church use social media with young people more effectively to promote “fundamental ideas like going to church every week, tithing and volunteering.” He believes that if young people understood their duties as Catholics, they would have a greater sense of purpose and be stronger parishioners in the future.