Just below the Australian mainland, the island state of Tasmania looms like a gem. Just 1,500 miles from Antarctica, Tassie, as the locals call it, has a rich colonial past with whaling, sealing and penal labor, and a beautiful present with cool climate wines , an entrepreneurial scene and a thriving restaurant culture. Its plethora of intriguing natural wonders and crystal-clear air and water point to a future that locals and travelers alike can look forward to with unflinching optimism.

In 1642, Dutch explorer Abel Tasman discovered the island, naming it Van Dieman’s Land. Between 1803, when the British annexed the island and 1853, around 76,000 British convicts were sent there to settle and build. Renamed Tasmania in 1856, the population today is around 520,000, most living on the east coast. An island state, it’s an exciting, off-the-beaten-path destination with a lot to offer.

Passing the mighty River Derwent on the quick jaunt from Hobart Airport, I arrived in this compact capital. Easily maneuverable on foot, Hobart’s maritime past is always front and center. 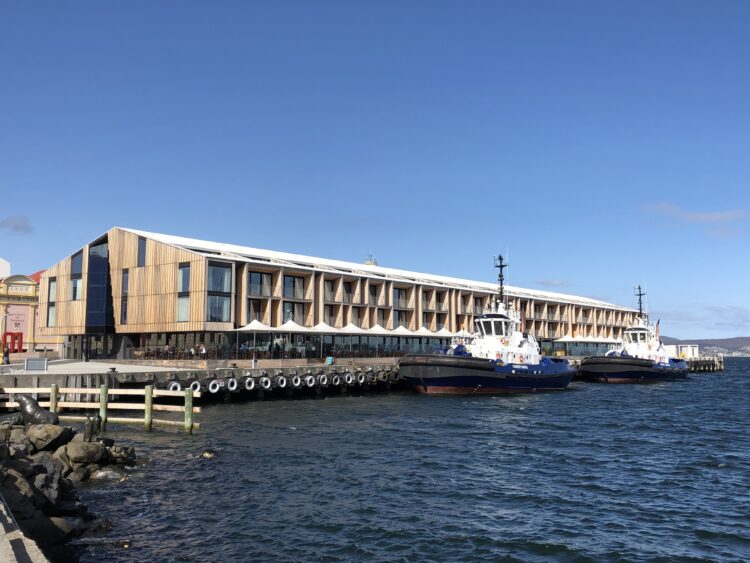 On Hobart’s waterfront, MACq01 is an ultra-cool hotel designed by Pike Withers that fully captures the maritime essence of Hobart. Its exterior is 80% above water and replicates the original whaling processing plant that once stood there. Its terrific Old Wharf restaurant serves fresh local dishes and The Story Bar – an enigmatic watering hole facing the River Derwent – ​​completed the perfect location from which to explore Hobart.

Each of the hotel’s 114 doors carries the story and photo of a local, including explorers, convicts and heroes. Mine was the colorful, eccentric, bespectacled pharmacist Wally Waskis, known as the “Bloody Swearing Chemist.” Inside the room under plexiglass were his violin and other accessories. To know Wally was to love him, and I couldn’t have felt more at home. As often happens on an island, I later learned that Waskis was the grandfather of one of my hiking guides.

At the Lounge at Frogmore Creek, a joint venture with Californian Jack Kidwiler, delicious octopus carpaccio from Pirates Bay and salmon from Tasmania were paired with his excellent Chardonnay 2018 and Fume Blanc 2017. 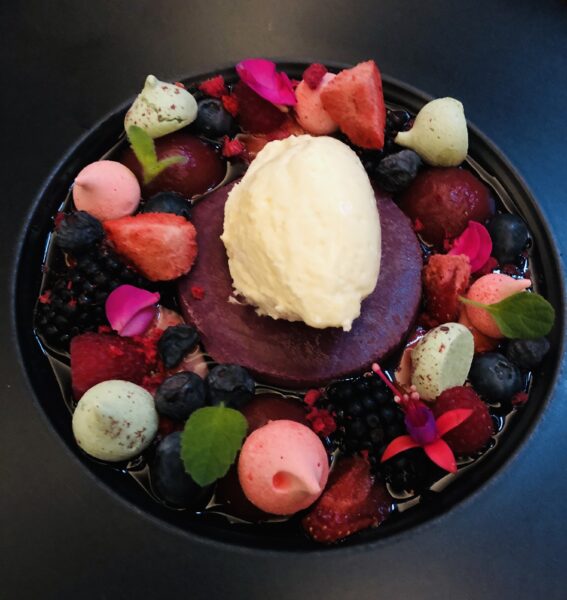 For many art lovers, the Museum of Old and New Art (MONA) has put Tassie on the map. Built by player-collector David Walsh with no expense spared, to say this is the most provocative private art museum in the world is a gross understatement.

Completed in 2011 after eight years, the majority of MONA is 50 feet underground, accessible by an enormous spiral staircase made of Jurassic sandstone. Take the 30-minute ‘Posh Pit’ ferry from Hobart for a full day. Whether you deeply love Walsh’s collection or suffer from a severe headache, you will be thoroughly moved by Walsh’s massive enterprise, vision and contribution. 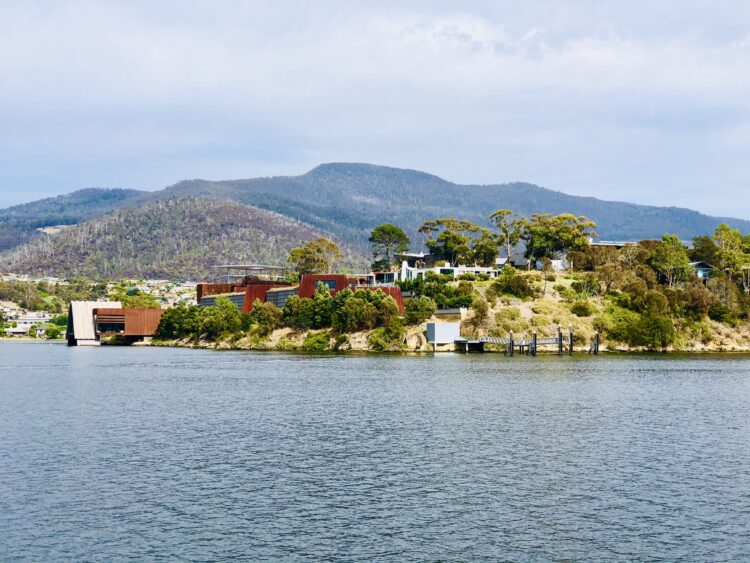 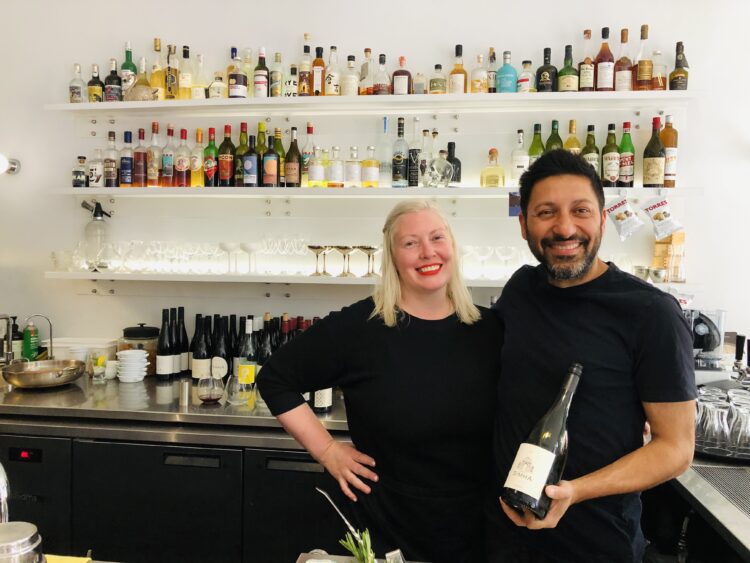 At the Glass House perched on the water, we were served fresh raw scallops, salmon sashimi and traditional sweet tomatoes with Burrata. Our final stop was the charming Henry Jones Art Hotel, a former jam factory. Its landscape restaurant filled with art was a great place for a perfectly prepared, grass-fed Cape Grim ribeye and great wines from its extensive list.

The Hobart Synagogue is an excellent example of Egyptian Revival architecture, now heritage listed. Consecrated in 1845, it is Australia’s oldest synagogue. Although tiny, it is full of history and the congregation still has Sabbath services. 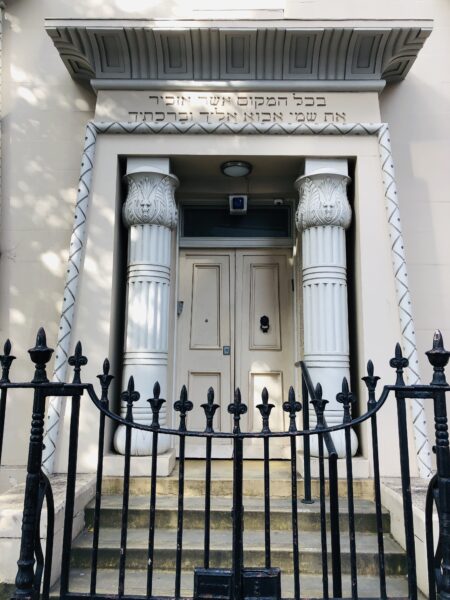 Passing curtains of eucalyptus and then alpine gum trees resembling banzai-sized eucalyptus, Mount Wellington is 30 minutes from Hobart. At the top, nearly a mile above sea level, are incredible views of rock-hugging shrubbery, colorful lichens, Jurassic dolerite, Hobart, and the Tasman Sea. 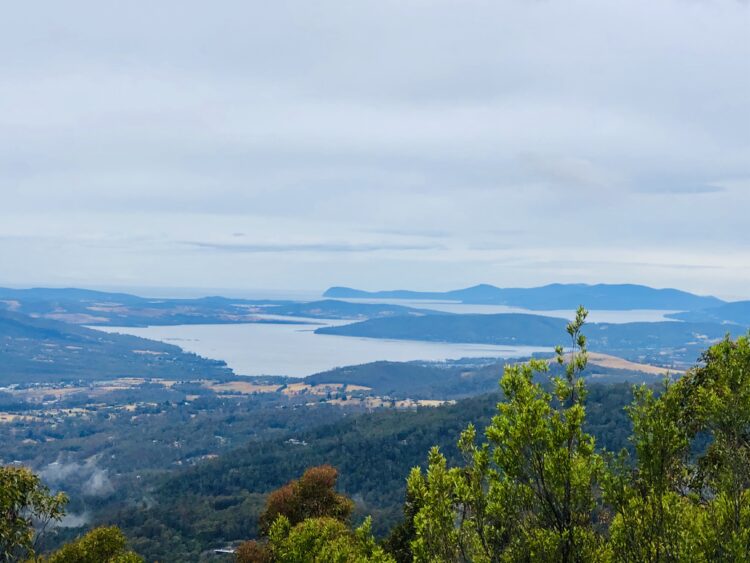 At Kettering’s Raptor Refuge, by appointment only, guests learn about these graceful creatures and the incredible work Craig Webb and his team have done to educate the public and rehabilitate and protect his charges. Driving through little Woodbridge became hilarious as entries for the annual scarecrow contest were perched along the winding country road. Favorites included Ms. Glamor in a fuchsia silk evening gown, the first responder in full emergency gear and a morbidly obese Trump.

It also became delicious stopping at Grandvewe Farm Sheep Cheesery with its “5 star sheep accommodation”. Using a by-product of sheep’s whey, the Hartshorn Distillery was born there creating artisanal vodkas.

Rising like a phoenix amid the verdant countryside stands Ranalagh’s Hill Vineyard & Winery. Its modern architecture looks brand new despite being built in 2002. Owners Terry and Rosemary Bennet have 32 acres, producing 3,500 cases a year. The 2018 Pinot Noir was seductive, worthy of aging and, unsurprisingly, won the inaugural gold medal at the 2019 International Cool Climate Wine Show.

The charming little Georgian hamlet of Richmond has cafes, antique shops and period architecture. It also has Australia’s oldest bridge still in use, built in 1823 by convicts, and its oldest Roman Catholic church, St. John’s, completed in 1836-37. A more perfect accommodation could not be imagined than Richmond’s Prospect House, an 1830s convict-built estate on tree-lined property. Renovated with all modern conveniences, while retaining old world charm, it offers excellent food and unparalleled hospitality. 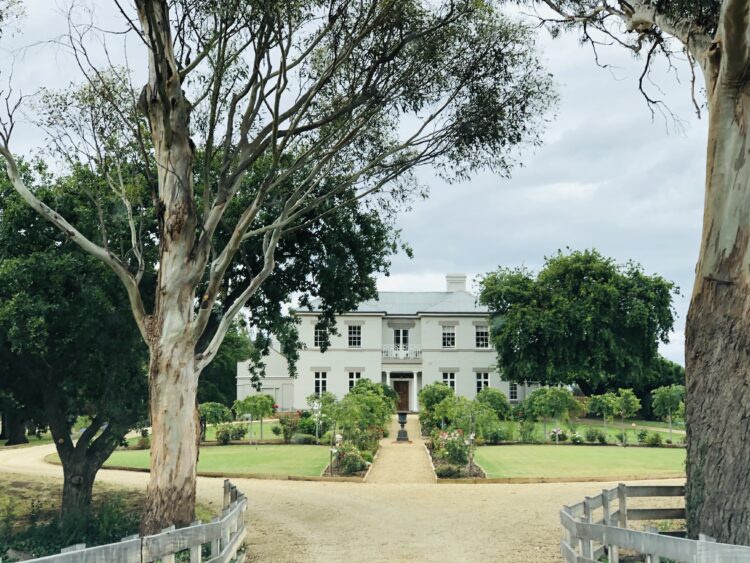 A ferry took me from Triabunna to Maria Island National Park. Historically, it served as a whaling camp, slave post, and cement works base. Today, vast bays, intoxicatingly rugged cliffs and abundant wildlife provide a natural paradise for hikers, mountain bikers and campers. The wombats – koala cousins ​​- calmly roam Maria Island, resulting in abundant square-shaped droppings to browse. Accustomed to visitors, the wombats and pademelons are relaxed and there were plenty of photo ops.

Facing the Tasman Sea, Bicheno’s extreme sea conditions and storms are typical of fishing life. Full of charm, this charming beach community is a great place to relax and stay in an excellent self-contained cottage. Set in prime real estate, overlooking a natural harbor ravine just above the island’s marine reserve, Bicheno’s Lobster Shack serves delicious buns and lobster tails. Here, crested terns fly in droves from South America to hatch their chicks. The magic of nature continues near the Blowhole and Whaler’s Lookout. On clear nights, the southern cross is visible. 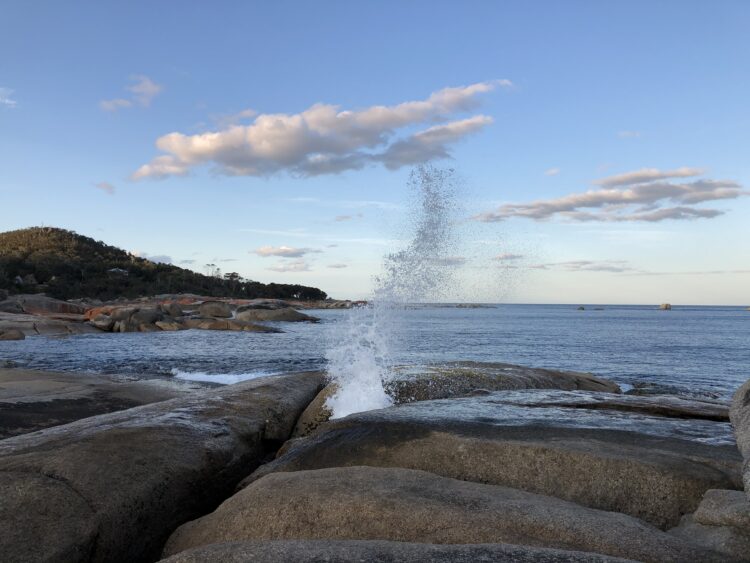 Freycinet National Park is home to Tassie’s greatest icon: Wineglass Bay. Seeing this gem requires a 45-minute hike along huge granite boulders, many with rose-tinged feldspar and orthoclase, to the fork. Then 1000 steps down and 1000 steps back up to the fork. Despite the sore calves, it’s breathtaking. 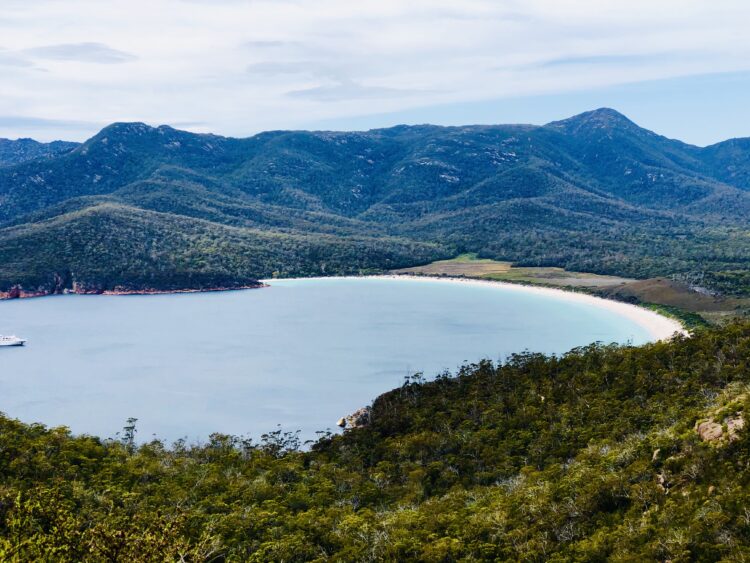 At the end of my glorious Tassie week, I stopped at Bonorong Wildlife Sanctuary for one last koala catch, saw Tasmanian devils, elusive echidnas – ant-eating marsupials related to platypus – and I fed habituated forest kangaroos.

Ralph Waldo Emerson once said, “Live in the sun, swim in the sea, drink in the wild air.” At Tassie you can easily do all of this, but with superb accommodation, food, wine and spirits as your constant companions. Have a good trip.

Tassie and the rest of Australia fully reopened to fully vaccinated US travelers on February 21, 2022, while the trip this story was based on happened a week before the lockdown.