Muscat, April 30: One of the philosophers rightly said, “Yesterday is history: tomorrow is a mystery: today is a gift from God, that’s why we call it the present.” The pandemic has taught everyone to live happily one day at a time, thanking God and making the most of it. While the past and future are out of anyone’s hands, make the most of the present. With this in mind, under the able leadership of Sunil Furtado, the management team of the Ghala Mangalorean Catholic Community (GMCC) thought of organizing an event suitable for the Easter season.

The main intention of the Easter Joy program was to help community members get out of lockdown mode and back to normal life. Its success has proven that the community spirit is as strong as ever. “Yes, I’ve been waiting a while for the chance to meet all the friends in my community and celebrate with family to make up for the time we lost during the pandemic,” one enthusiastic member said. 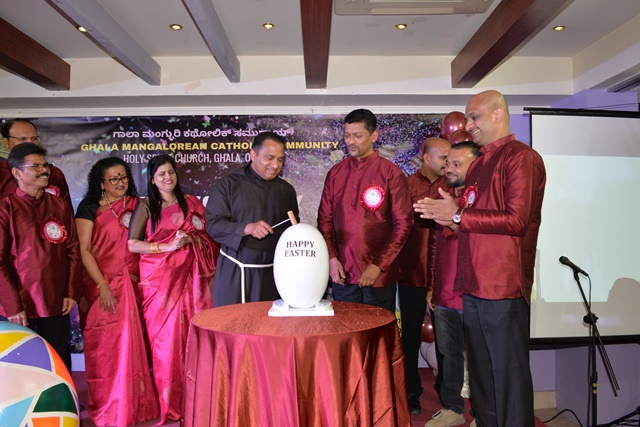 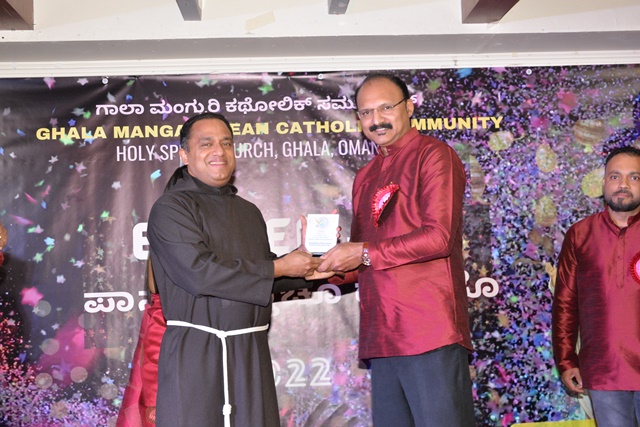 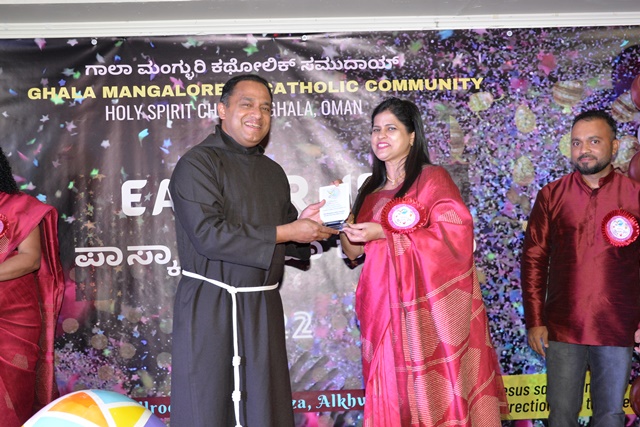 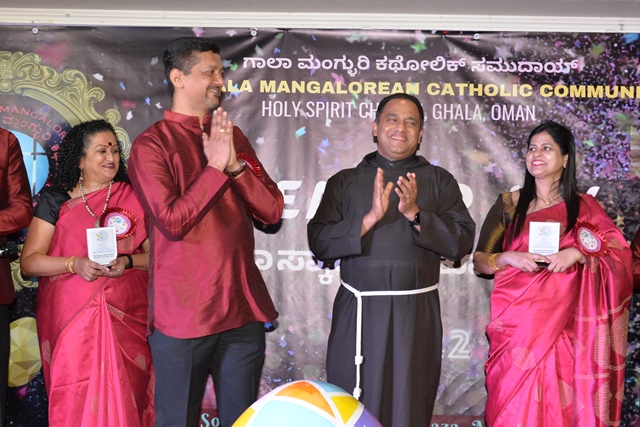 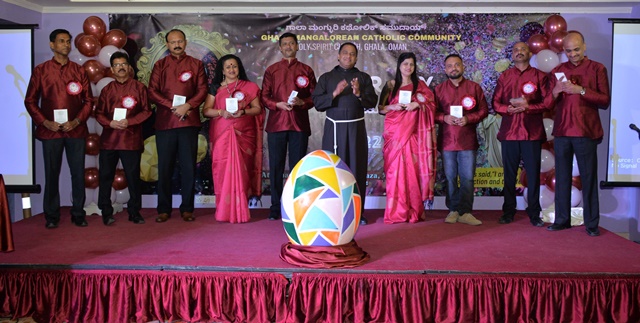 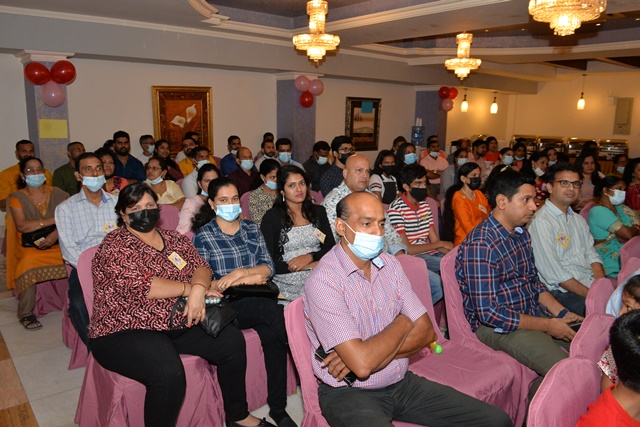 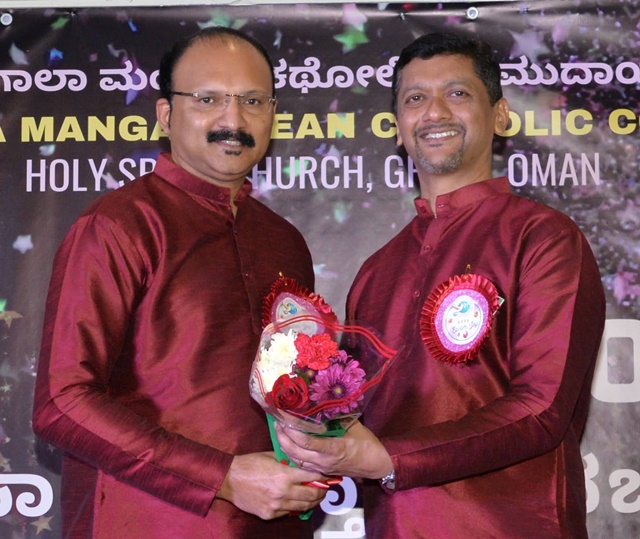 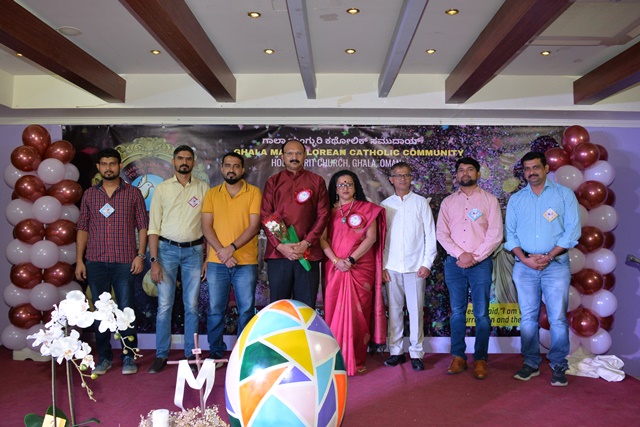 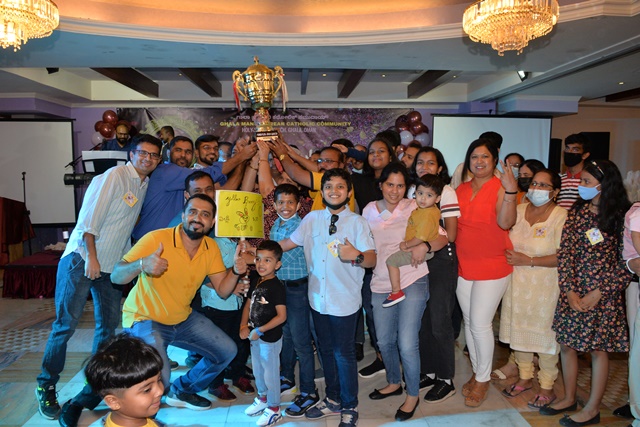 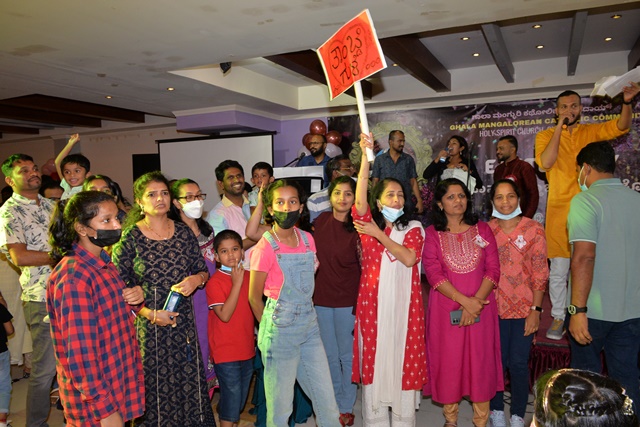 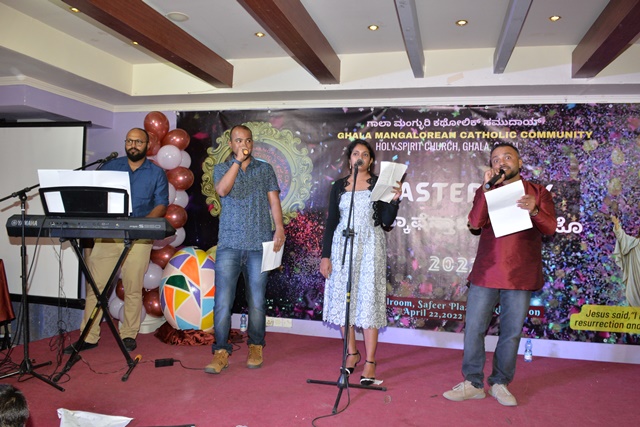 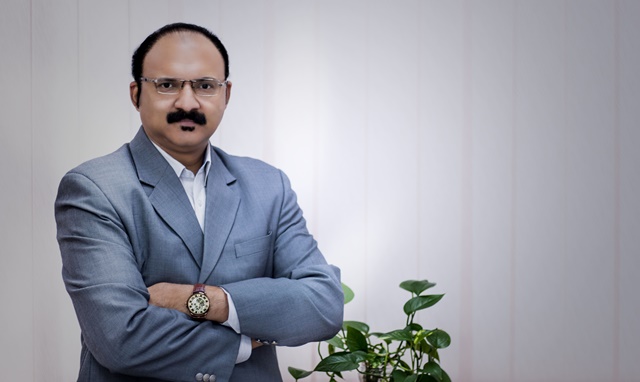 Another important goal was to provide a platform to hand over the reins of the community to the new committee led by dynamic leader Prem Colaco.

The organizers had neglected nothing to make this event an unforgettable moment. True to their efforts, the highly anticipated “Easter Joy” made history by being one of a kind and far exceeding attendees’ expectations. The energy, verve and spirit of the attendees soared in the Sohar Ballroom at Safeer Plaza Al Khuwair.

Lavina D’Sa, an eminent member of the community, opened the debates by welcoming the parish priest, Father George Vadukutt, and the guests. This was followed by a prayer from Nirmala Goveas to thank Almighty God for blessing the community with this golden opportunity to come together as one family under one roof after more than two years.

The entire 2019-22 Executive Committee took the stage and welcomed everyone by singing the song ‘Swagat Swagat tumka’ to set the tone for the evening. GMCC President and dynamic leader Sunil Furtado welcomed the gathering with humor and joy. He recalled some of the events organized in 2019 under the current Executive Committee, such as the promulgation of the Passion of Christ, Paskafestacho Dabajo, Monthi Fest, etc., which set benchmarks for future events. Unfortunately, no major activities could be carried out with the onset of Corona. So during the years 2020 and 2021, the committee focused more on charity and helped a large number of people in distress. A significant amount of money was spent on medical/funeral expenses and providing groceries for the needy. He thanked all sponsors, volunteers and community members for their unwavering love and support over the past three years. He particularly expressed his gratitude and thanked Fr. George, parish priest of Ghala and Fr. Mariyan Miranda, spiritual director of the Konkani community in Oman.

The event was opened with the symbolic act of unveiling and breaking the Easter egg by Father George. The crowd was mesmerized by the egg-shaped candies being taken out of the Easter egg and distributed to committee members on the stage. Easter eggs were also distributed to everyone gathered to spread the sweet joy of Easter.

After the inauguration, a video presentation illustrating the activities of the last three years by GMCC was shown to the public, which was greatly appreciated. Alwin Fernandes, the treasurer then presented the statement of accounts.

Fr George in his message was very grateful for the contribution made by the Mangalurians to the welfare of the community as well as the church. He congratulated the outgoing President Sunil Furtado and his team for their generous support towards various activities of the Holy Spirit Church of Ghala. He asked the new president and his committee to continue this tradition.

Then came the most anticipated moment, the call of the new president and his new executive committee on stage. The whole community welcomed Prem Colaco, a very dynamic, charismatic and down-to-earth person as the next president of GMCC. With his always gracious smile, he presented the members of his committee for the year 2022-24. They are, Ophelia Lazarus – Vice President-Finance, Praveen Serra – Vice President-Culture, Wilson Kinnogoli – General Secretary, Stino Pinto – Finance Secretary, Helen Sequeira – Spiritual and Choir Secretary, Loy Castelino – Cultural Secretary, Alex Noronha – Internal Auditor, Sam Suneel Menezes – Sports Secretary, Lloyd D’Cunha – Community Services Secretary and Selwin Lewis – Technical Support Secretary. The newly elected president, Prem Colaco, addressed the assembly and asked for the support of the whole community while pledging his sincere commitment and that of his team to strengthen the community.

The audience was served with refreshments as Lavina D’Sa along with co-host and event driving force Nirmala Goveas kept the audience captivated with their skills and talents as always.

According to the hour of play, the next sidekick of the day, a radiant personality Jason Cardoza took center stage and led several group games in a very vibrant way with his beautiful smile and charming personality. He was seconded by Elson Cardoza. They made sure everyone, regardless of age, had fun and a good time.

The viral challenge announced by the organizers has generated a lot of excitement among the members with many participating in the challenge, including the current EC team. The ladies and children ignited the stage with their impressive and breathtaking performances.

Michael and Nirmala Goveas sang a melodious romantic song and made all the beautiful couples dance to their tune. The stage was then taken over by our community’s well-known singers/musicians, Triven Goveas, Laveesha D’Souza, Sachin Lobo and Naveen Mathias whose fabulous singing by Baila had everyone flocking to the dance floor. The finale was with DJ Lovline Rego, who with her formidable skills captured the imagination of the audience and kept it grounded long after midnight.

The event ended successfully with a sumptuous dinner. Exhausted attendees were filled with happy smiles as they were presented with a bag of goodies to take home. It was a very energizing and entertaining evening for the whole community, who thoroughly enjoyed themselves and expressed the need for more such events to bring the community together.

Votes of thanks were offered to sponsors, benefactors and volunteers.

Dinner vouchers were from Al Falaj Hotel (courtesy Sunil Furtado) and Crowne Plaza (courtesy Nirmala Goveas), background banner and souvenir print by Raphael Quadros, Zaharat printers, balloon stands by Lancy Lobo from the South Express restaurant, the Safeer hotel and the staff and sound and music of Wasim and Zezito.