When Dr. Joseph Lee left Thomas More College after the 2003-2004 academic year after only two years as president, the board looked within his ranks and appointed one of their own, Sister Margaret Stallmeyer , CDP, as interim president. Sister Margaret was well known to the Thomas More community and highly valued as a board member for her extensive administrative experience and strong involvement in the northern Kentucky community.

Sister Margaret was a 1968 graduate of Thomas More College, followed by two decades as a teacher and administrator at two secondary schools in the Diocese of Covington. In addition, during these years and thereafter, she served as Treasurer of the Diocese of Lexington as well as Chief Justice of her Court, thus utilizing her additional credentials of a Masters in Education from Xavier University and her degree in canon law of the Catholic Church. University of America (1987). Once resettled in northern Kentucky, she served on the board of governors of the Canon Law Society of America; member of the Board of Trustees of the Northern Kentucky Chamber of Commerce, of the Board of Trustees of St. Elizabeth Medical Center for ten years (including four as Chair), and of the Board of Trustees of Thomas More College. It was from this latter position that she was called up for a bigger role.

As Acting President during the 2004-2005 academic year, Sister Margaret focused on communication between constituencies where there had been difficulties during the previous two years. She also began the process of a strategic plan that would be crucial for the institution as it looked to the second half of the decade. In particular, its absolute priority became the claim of the need to re-establish a “culture” linked to the institutional mission as a Catholic diocesan institution. In his words: 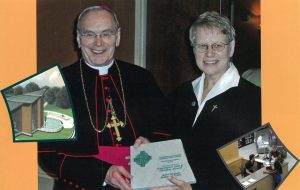 “I have come to fully realize all that Thomas More has to offer its students and the community… [and] I look forward to working with the Thomas More community to further our mission – to develop and sustain challenging undergraduate, graduate and professional programs of study marked by superior teaching and scholarship in the Catholic intellectual tradition where faith and reason are integrated” (Besides, spring 2005, p. 2).

Sister Margaret appreciated the importance of faculty in this equation and spent that first year mending the fences between administration and faculty. This was facilitated by the sincerity and mutual respect built during previous interactions.

After a successful year internally with a notable increase in admissions applications and retention rates, as well as fundraising projections, it was no surprise when William J. Zeck, the Chairman of the Board, announced that: “Board and Bishop Foys were very pleased with the progress that has taken place under the leadership of Sister Margaret as Acting President… [adding that] her accomplishments in the areas of communications, programs and major fundraising initiatives made it clear that she was the right person not only to lead but also to move the institution forward. His energy and enthusiasm permeated the college community” (Besides, spring 2005, p. 2). The announcement was made in December and Sr. Margaret’s inauguration as the 13th President of Thomas More College was set for April 28-29, 2005. In context, on this occasion, Thomas More “served 1450 students from 10 states and 10 foreign countries and the college offered 36 programs of study, 14 NCAA Division III sports teams through the prestigious President’s Athletic Conference, and more than 25 clubs and student organizations” (Thomas More College Inauguration Pamphlet, April 29, 2005, TMU Archives). 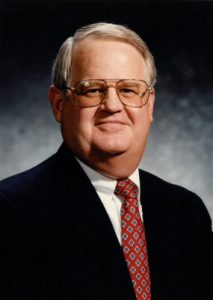 On the occasion of its inauguration, some 44 institutions were represented, while Sister Margaret was welcomed by many institutional and community constituencies. The main congratulatory remarks were delivered by Sister Margaret’s close friend and member of the Sisters of Divine Providence, Sister Joan Boberg, Director of Catholic Social Services for the Diocese of Covington. In his remarks, as faculty spokesperson, professor of philosophy and college chaplain, Fr. Gerald Twaddell, reminded all present of the importance of the president’s partnership with the faculty, “to bring vision we share, inspired by the teachings and traditions of the Catholic Church and our patron, Saint Thomas More” (Presidential Inauguration Remarks, April 29, 2005, TMU Archives). The highlight of the day was Sister Margaret’s own reflection on her term as Interim President and what the future might bring. She began by recalling all the roles played in the early years of the institution as Villa Madonna College, first by the Benedictine Sisters and later by the three orders that came together (including also the Sisters of the Divine Providence and the Sisters of Notre Dame) despite differences in philosophy and traditions for a common purpose.

In Sister’s words, they agreed on three distinctive characteristics of a college: “its catholicity, its liberal arts training, and its adaptability. Although the first two now seem obvious, they may not have been so in the 1920s, but it was adaptability that saved the day many times. For example, Sister Margaret mentioned that the three communities of sisters originally committed themselves to specific study departments in order to fully staff the first college (Presidential Dedication Remarks, April 29, 2005, TMU Archives ). 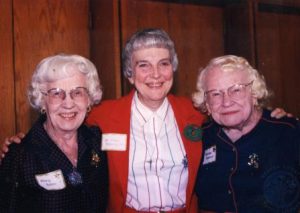 Sister Margaret reiterated the importance of a liberal arts education and its connection to the Catholic intellectual tradition. She concluded by adding that “although Thomas More College is very different today than it was in 1921, what is important has remained the same. A commitment to a liberal arts education, spirituality, and community are the unique gifts we have and continue to give to our students, our country, and our church. His final challenge was for the college and its constituencies to never shy away from achieving this goal. By way of closing message, Sister Margaret pledged, as had been the case since the 1920s, to “bring up graduates who are ‘disciplined thinkers and ethical leaders.’ “The 1920s had been connected to the 21st century.

By the time Sister Margaret had reached the 2005-2006 academic year and reflected, it was clear that she had not only settled into her new “life”, but had “charged full speed ahead”. college publication Besides, reflecting on her early years as President, spoke about the continued development of the Strategic Plan (2005-2010); securing a $1,175,000 grant for a $2.5 million science renovation project; a school-wide “College Catholic Identity Review”; and a targeted effort to “better communicate with the internal and external communities of the College” (Besides, spring 2005, p. 2). 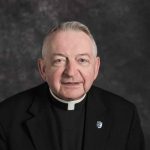 Prof. Twaddell, Department of Philosophy and Chaplain of Thomas More University. (Courtesy of the Diocese of Covington)

Clearly, in carrying out these duties, Sister Margaret was no longer just an acting president. In a short time, she had left her permanent mark on the future of Thomas More College taking the institution to a new level, while remaining true to a respected and older tradition.

Dr. Raymond G. Hebert is Professor of History and Executive Director of the William T. Robinson III Institute for Religious Liberty at Thomas More University. He has just completed his 46th year at Thomas More and, with this training, will now serve as editor of the official history of Thomas More College/University from 1971 to 2021. With a projected title of RETROSPECT AND VISTA II, he will serve as sequel to Sr. Irmina Saelinger’s RETROSPECT AND VISTA, the story of the first 50 years of Thomas More College (formerly Villa Madonna College). He can be contacted at [email protected]

We want to learn about the history of your business, church, school, or organization in our area (Cincinnati, Northern Kentucky, and along the Ohio River). If you would like to share your rich history with others, please contact Our Rich History editor Paul A. Tenkotte at [email protected] Paul A. Tenkotte, PhD, is Professor of History and Gender Studies at Northern Kentucky University (NKU) and author of numerous books and articles. 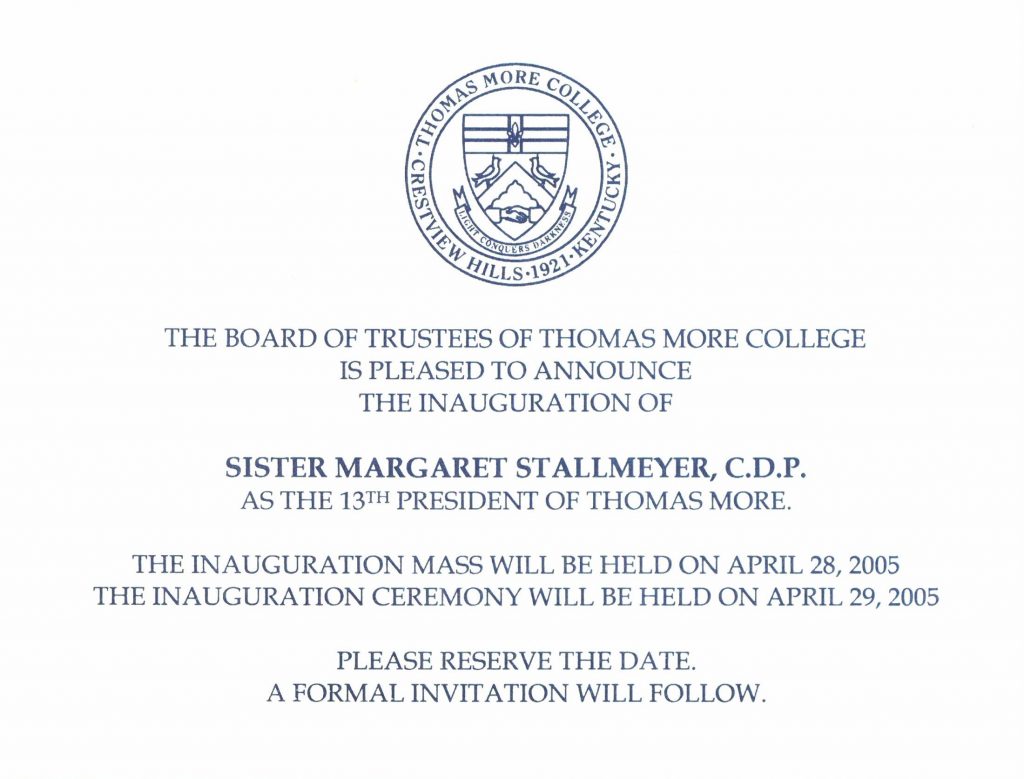