There are many historical precedents for Donald Trump and the MAGA GOP embracing far-right, if not outright fascist, European politicians. Their latest hero is Giorgia Meloni, probably the new Italian Prime Minister.

The same was true for the racist, homophobic and Christian Hungarian nationalist strongman Viktor Orban. He invites comparison with the dictators Miklós Horthy and Ferenc Szálasi, who allied Hungary with Hitler.

In an Old World speech before flying to Dallas for CPAC, Orban said Europeans should not “become mixed peoples”. Elsewhere in his remarks, he appeared to be joking about Hitler’s gas chambers when commenting on a European Union plan to ration national gas: “The past shows us German know-how on this.”

Orban praised the Hungarians who fought in Hitler’s forces. “It should be obvious by now that, unlike every other post-war Hungarian government that refrained from embracing Hungary’s World War II military past closely, the Orban government views the current Hungarian military as the rightful heir to those who fought on the side of Nazi Germany and is proud of her accomplishments,” according Hungarian spectrum on line.

Historian and author John Hennen said many far-right Americans were fans of fascism and Nazism before World War II. So, said the retired Morehead State University history professor, “MAGA’s infatuation with an authoritarian crypto-fascist like Orban should come as no surprise. The ‘Christian nationalism’ espoused by Q- Anon, “voter integrity” crusaders and AR-15-worshipping apocalyptists like Kari Lake, Doug Mastriano and Marjorie Taylor Greene are comfortable with the dogma of racial purity spouted by the Hungarian Bully.

When Hitler threatened war in Europe in the 1930s, much of the American far right was “more drawn to the anti-Semitism of Mussolini and Hitler than to any filial sentiment toward the British,” according to Hennen.

He quoted the isolationist America First Committee. “It grew out of a principled pacifist group, but was quickly taken over by pro-authoritarian apologists. A burgeoning pro-Nazi American Bund flourished for a few years until Hitler declared war in the United States at the end of 1941.” (In February 1939, the German-American Bund organized a rally at New York’s Madison Square Garden which drew an estimated crowd of 20,000.)

Until the United States joined the war on Britain’s side, “the most prominent apologists for isolationist sentiment were Henry Ford and aviator hero Charles Lindbergh, a devoted eugenics acolyte, skirt-chaserand disseminator of anti-Jewish rhetoric,” Hennen said.

Ford, the famous millionaire automaker, published the fiercely anti-Jewish book Dearborn Independent newspaper. (He was also fiercely anti-union and even hired a private army of thugs to keep the United Auto Workers at bay.) In 1938, the Nazi regime reward Ford the Grand Cross of the German Eagle, Germany’s highest decoration for foreigners. (After the United States entered the war, Ford switched factories to build B-24 bombers, many of which pounded targets in Germany and Nazi-occupied Europe.)

Before the war, Lindbergh traveled to Germany, where he was feted by the Nazis, who deeply impressed Lindbergh and his wife, Ann Morrow Lindbergh, who shared his reactionary politics. They admired what they saw. In 1938, on behalf of Hitler, Herman Goering, head of the Nazi Air Force, present Lindbergh the German Eagle Service Cross. Lindbergh declared that the German military machine, particularly the air force, was invincible, and he and Anne planned a permanent move to Berlin. (With the United States in the war, Lindbergh flew 50 combat missions in the Pacific as a civilian pilot. Even so, he never admitted he was wrong about Hitler.)

Coughlin represented a kind of fusion between fascism and Christian nationalism. “The closest 20th century parallel to today’s Christian nationalist ‘movement’ is the 1920s version of the Ku Klux Klan, which exploited white Americans’ fears of blacks migrating from the South to the industrial North and the presence southern sustainability. and immigrants from Eastern Europe. As it became apparent that these “new” immigrants were putting down permanent roots in the country, a backlash after World War I raised suspicions about their alleged radical sympathies and their inability or unwillingness to fully assimilate.

“The anti-black, anti-immigrant, anti-Semitic, anti-Catholic and anti-radical work of the Klan of the 1920s set the model for other reactionary movements such as the Black Legion, the Crusaders for America and the Knights of the White Camellia William Dudley Pelley organized a rogue band of Silver Shirts, with visions of taking over the country and expelling the Jews.

Canadian historian and author Seva Gunitsky does the same wrote that in the 1930s the growing acceptance of fascist ideas “was reflected in the energetic growth of Nazi organizations. Ku Klux Klan gatherings were common and numerous; Trump’s own father was arrested at one such rally, apparently while wearing Klan gear. A 1941 book revealed that more than 100 such organizations had formed since 1933.”

In his Washington Post article, Gunitsky also cited Ford and the Lindberghs. He cited Lindbergh’s praise of Hitler as “undoubtedly a great man”. In her bestseller, Anne Morrow Lindbergh hailed totalitarianism as “the wave of the future” and an “ultimately good conception of humanity”.

Gunitsky added that Jews fulfilled “the same role for American fascists that immigrants, Muslims and other minorities play today: a vague but malicious threat that they believed was undermining the greatness of America. The American public opinion polls of the 1930s are a stark reminder of the extent of these attitudes.

“As recently as July 1942, a Gallup poll showed that one in six Americans thought Hitler was ‘doing the right thing’ toward Jews. A 1940 poll found that nearly one-fifth of Americans saw Jews as a national “threat”—more than any other group, including Germans. Nearly a third planned “a generalized campaign against Jews” – a campaign that 12% of Americans were prepared to support.

Coughlin, who boasted the second largest radio audience in the country – behind FDR’s Fireside Chats – “frequently quoted Nazi Propaganda Minister Joseph Goebbels and praised the Nazi quest for full employment and racial purity,” according to Gunitsky. Coughlin launched his own political party in 1936; its candidate collected nearly a million votes. It was not until early 1942 that the Catholic Church decided to silence the cleric.

Gunitsky explained that “mainstream writers, presidents of major associations, and editors of popular journals” were also sympathetic to fascism. “In his 1934 presidential address, the president of the American Political Science Association – the nation’s oldest and largest organization of political scientists –railed against “the dogma of universal suffrage” and argued for the abolition of a democracy that allowed “ignorant, uninformed and anti-social elements” to vote. If these reforms smack of fascism, he concluded, then “we have already recognized that there is an important element of fascist doctrine and practice which we must make our own.”

In his 1935 dystopian novel It can’t happen here, Sinclair Lewis wrote about the rise of an American Hitler. That didn’t happen here then.

Evidence is mounting that Trumpism is turning into a form of fascism. (President Joe Biden called Trumpism semi-fascism.) “Fascism is a specific style and practice of authoritarian politics, which Trump then, and Trumpism now, recreates – a style that has specific character traits without having any axiomatic ideology, taking on new aspects in each new nation whom he afflicts, ” wrote Adam Gopnik in the new yorker last month.

“Fascism is, by nature, chaotic, incoherent and chameleon – that’s why it needs a strongman to organize. The confusion and ideological looseness of Trumpism, which some point to as proof of its ultimate impotence, is part of the nature of fascism.

As with all opinion pieces published by People’s World, this article reflects the views of its author. 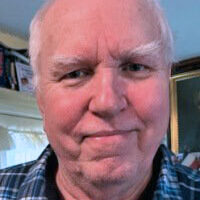